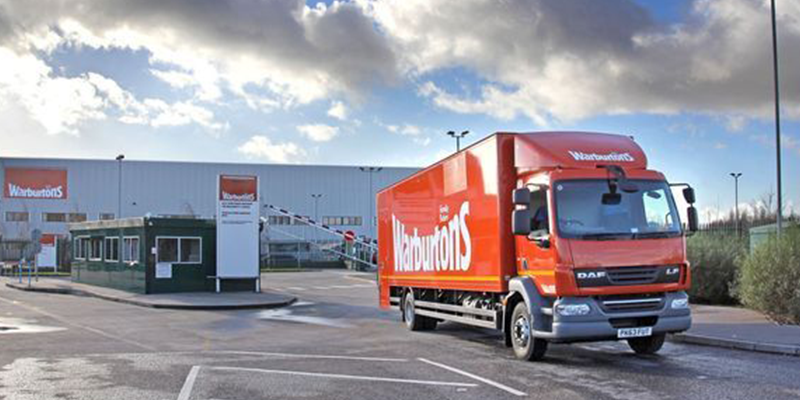 Bolton-based Warburtons, the UK’s largest bakery brand, has unveiled a £56m investment programme in its manufacturing and distribution capabilities, including new depots and a crumpet plant.

The family-owned firm is investing £8m on a new crumpet line at its Burnley bakery, which it said will be operational in October. It also includes a new £18m factory at its Stockton site, dedicated to producing Warburtons’ popular thin bagels, due to open in June next year.

Three new distribution depots in Widnes, Bognor Regis and Banbury will also be opened to replace existing sites in Speke, Waterlooville and Buckingham. However, Warburtons said there will be no headcount reductions as part of the move and added that it is currently in the process of recruiting for an additional 150 distribution roles.

Combined with Warburtons existing infrastructure – which comprises 11 bakeries, 18 depots and the Bolton headquarters – the new sites will allow it to deliver the two million products to stores within 12 hours. It will also allow Warburtons to grow and meet the changing tastes of consumers, it added.

In addition, the business is investing in improving the environmental credentials of its fleet of almost 1,000 vehicles by introducing new electric and compressed natural gas vehicles, as well as ‘significantly upgrading’ the technology used across the entire distribution network. It comes as the company’s first 16-tonne all-electric truck hit the roads last month.

“Investing in our infrastructure is key to ensuring the long-term success of our fifth-generation family business,” said chairman Jonathan Warburton.

“Consumer tastes are changing, and we work hard to make sure we are providing a range of products to meet consumer demand. This investment programme will allow us to better respond to these tastes for non-bread baked goods and meet the growing demand for crumpets and bread alternatives such as thin bagels.”

He added that Warburtons bakes 24/7, 364 days a year, delivering to 19,000 stores each day so the investment in three new depots will have a “critical role” in supporting its customers.