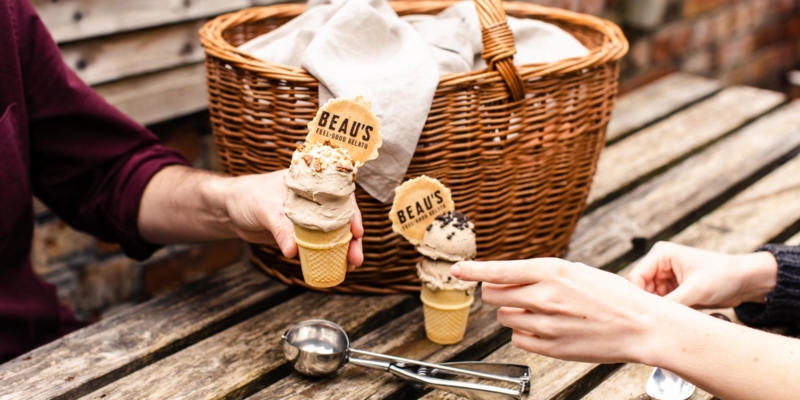 Beau’s, an ice cream maker based in Peterlee, has secured a £400,000 investment which in part will be used to create a fully vegan, state-of-the-art ice cream manufacturing facility in the North-East, which the business will move into in early 2021.

While ice-cream pint clubs are a relatively unknown concept in the UK, they are a tried-and-tested staple in the USA.

With the rapid rise of online shopping and the increase in consumers opting for subscription services as a result of the Covid-19 pandemic, the Beau’s team is confident that this model will appeal to UK customers.

With veganism on the rise –over 600,000 people in the UK consider themselves to be vegan and around 125,000 signed up to try a vegan diet during this year’s Veganuary campaign – Beau’s is also tapping into a rapidly expanding market.

“Beau’s plans are far-reaching and innovative and I’m delighted to lead such a talented team to grow the business and bring quality vegan products to the mainstream market,” notes Joseph Eyre, CEO and founder of Beau’s.

“We believe that we have a product that can appeal to vegans and non-vegans alike, making it a perfect option for families with mixed dietary preferences to explore. Beau’s Pint Club is just the first step in bringing quality authentic vegan gelato to a much wider audience.”