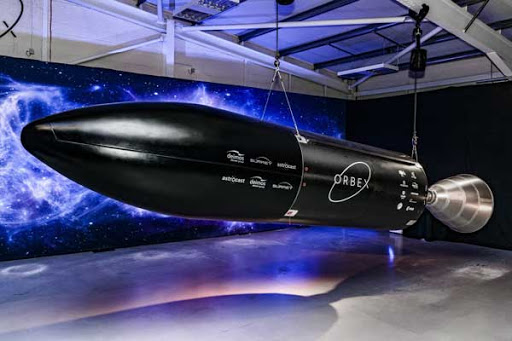 The Boost! contract was awarded to Orbex following an in-depth evaluation process, assessing Orbex’s commercial strategy, financial stability and technical progress. This is the largest award made to date by the programme. Orbex will supplement the funding with an additional €4.7 million in matching private investment.

The Boost! programme was adopted at Space19+, ESA’s Council Meeting at Ministerial Level with the aim of supporting the European space transportation industry to improve competitiveness and stimulate innovation, in light of evolving commercial demand. ESA is an intergovernmental organisation, created in 1975, with the mission of shaping the development of Europe’s space capability and ensuring that investment in space delivers benefits to the citizens of Europe and the world. It currently has 22 Member States.

The funds from the award will go towards the completion of spaceflight systems in preparation for the first launches of Orbex’s 19-metre ‘microlauncher’ rocket, Prime. €11.25 million of the total funding will be assigned to work undertaken in the UK, in particular the lightweight avionics designed in-house by Orbex in Forres, and the guidance, navigation and control (GNC) software subsystem being designed by Elecnor Deimos, a strategic investor and partner of Orbex. The remaining €900,000 of the total funding package will support the development of the GNC for the orbital phase being developed by Elecnor Deimos for Orbex in Portugal.

The Boost! funding will support the creation of a significant number of new jobs in the UK, in particular at the Orbex headquarters in Forres, Scotland. As Orbex prepares for its first UK Pathfinder launch, the company has ramped up its recruitment efforts, most recently hiring a new Head of GNC with experience from several European spaceflight programmes.

Orbex has already signed six commercial customers for satellite launches, with the first launch expected in 2022 from Orbex’s carbon-neutral home spaceport, Space Hub Sutherland on the A’Mhoine peninsula in Scotland. Planning permission for the spaceport was granted in August 2020, with construction expected to begin in 2021. Space Hub Sutherland is currently the only vertical launch spaceport in the UK that has received planning permission.

“During the evaluation process that preceded this award, we examined Orbex’s service proposal in detail and developed an appreciation for the underlying technical concept as well as the entrepreneurial and commercial approach,” said Thilo Kranz, Commercial Space Transportation Programme Manager at the European Space Agency. “There is excitement and momentum in European spaceflight and privately led initiatives, like the one from Orbex, are going to be a critical component of the long-term success of the European space industry.”

“We very much appreciate the investment in new, commercially-focused microlauncher technologies from ESA’s new Boost! programme,” said Chris Larmour, CEO of Orbex. “And we’re especially grateful for the strong support we received from the UK Space Agency and the Portuguese Space Agency, PT Space. Orbex´s environmentally sustainable microlaunchers will soon be launching for the first time from the UK, and ESA’s recognition of the commercial and scientific opportunities this brings to Europe is significant.”

The UK’s space industry is thriving and we have bold ambitions to be Europe’s leading destination for small satellite launches, developing world class commercial spaceflight capability up and down the country,” said UK Science Minister, Amanda Solloway. “Today’s funding for Orbex, one of our most innovative space businesses, is not only a step forward for UK spaceflight, but it will also help to create highly skilled jobs and local opportunities as we build back better from the pandemic.

“This funding is great news for the UK space sector and will ensure companies such as Orbex really are at the forefront of the European space industry,” said Ian Annett, Deputy CEO, UK Space Agency. “This support to our thriving space sector, alongside our flexible regulations and strong international agreements, means the UK is well placed to benefit from the new commercial opportunities UK launch will bring.”

Uniquely for a commercial rocket, Prime is fueled by bio-propane, a clean-burning, renewable fuel which reduces CO2 emissions by 90% compared to kerosene-based fuels, and creates no atmospheric black carbon. The Prime rocket was designed to be re-usable, incorporating a novel recovery and reusability system. The rocket has also been designed to leave zero debris in orbit around the Earth.

Orbex announced in December 2020 that it had secured $24 million in a funding round led by BGF, the UK’s most active investment company, and Octopus Ventures, one of the largest VCs in Europe. In February 2020, the company also announced that it had commissioned the largest industrial 3D printer in Europe, capable of printing 35 rocket engines per year.