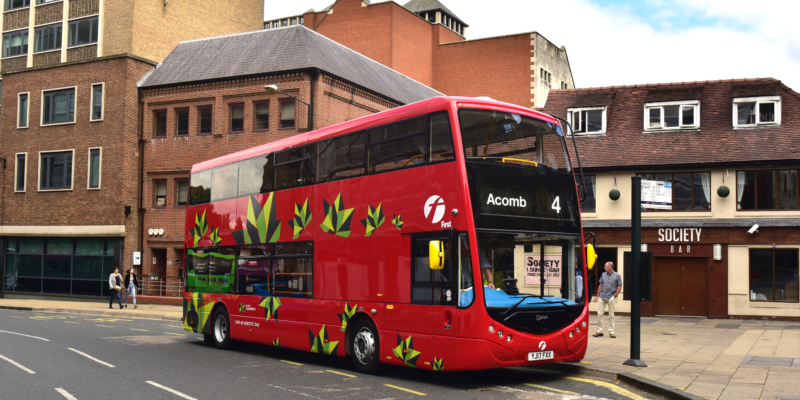 Optare, one of the UK’s largest bus manufacturers whose Parent company is Ashok Leyland and part of the UK based Hindjua Group, is delighted to announce that it is to partner with Tower Transit Group in the launch of 2 new electric routes in London with the supply of 37 Metrodecker double-deck EVs.

Tower Transit was awarded the contract for routes 23 and C3 by Transport for London in November 2019. The routes will operate out of the operator’s Westbourne Park garage in the North West of the Capital. Routes C3 and 23 will be Tower Transit’s first battery-electric operation.

The award-winning Metrodecker EV, the world’s first zero-emission double-decker, is designed and built at Optare’s facility in Sherburn, near Leeds. Building on more than a decade’s experience in EV buses, Optare launched a prototype in 2016 and following extensive trials in London and in a number of cities across the UK, the company launched its second-generation bus in 2018. The Metrodecker EV entered service in summer 2019

Tower Transit’s order is the third major contract for the Metrodecker EV in just over a year, and the second order for the capital. By the end of 2020, 100 units of the bus will be in service. The Metrodecker EV’s class-leading range, capacity and efficiency has delivered this growth. Optare continues to invest in developing electric vehicles with the aim to be at the forefront of this technology.

Optare’s Chief Executive Officer Graham Belgum, said “I am proud to see the Metrodecker EV consolidate its position in London with a second-order on a further two routes. This commitment is a testament to the capability of the vehicle. The partnership with Tower Transit has been developed through the tender process and we are now working closely together to deliver the customer’s specification. We look forward to a successful roll out later this year.”

Tower Transit Group’s Engineering Director, Satnam Cheema, said, “Tower Transit’s win of routes 23 and C3 was based on a comprehensive study of EV operations and the technology available. We were impressed by the performance of the Metrodecker EV demonstrator during trials. The bus also enhanced our bid by offering a straightforward charging solution at our Westbourne Park garage. We are confident of a successful launch and we intend to use the experience gained to win further EV routes in London.”

Both routes will launch in the 3rd Quarter of 2020. 37 Metrodecker EVs will save more than 1,800 tonnes in greenhouse gas emissions well to wheel in each year of operation versus a Euro 6 bus.