The use of Robotics in the UK Food and Beverage Industry is increasing rapidly. What benefits will they bring and how are common misconceptions standing in their way? 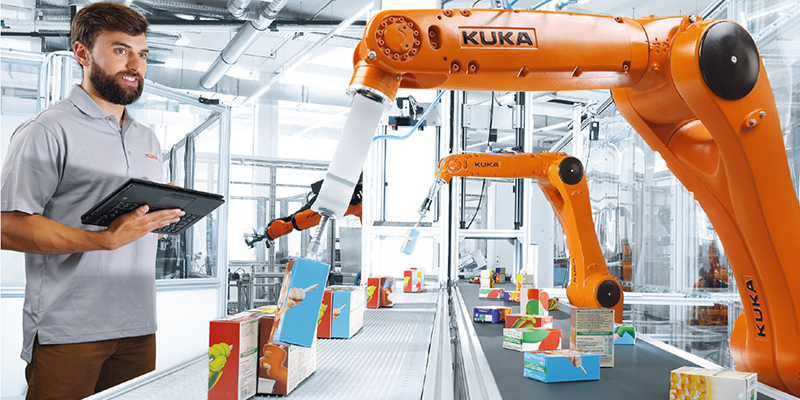 The use of robotics in the UK Food and Beverage Industry is growing remarkably; a market traditionally slow to adopt such technologies. Companies within the industry are becoming empowered to overcome the longstanding barriers to automation and are poised on the brink of a robotics revolution.

It goes without saying that there are many reasons a company may embark upon a journey of robotic automation. Such reasons could be that businesses cannot find the staff, salary costs are too high, or perhaps they are looking to compete with competitors on price, thus winning more business.

Whatever the reason for considering robotics, the benefits can be measured on a five-fold format.

Why is this important? Well, many companies will begin their journey into robotics with the ambition to solve one of these issues. Often a great deal of time is taken to satisfy internal cost justifications and applications for capex, pitching the cost of investment against return. Simply put, this is selling the case for robotics short. Justifying investment in robotics based solely upon one of its merits, is to disregard 80% of the total benefits to production.

To put this into context robotics, based purely on comparison to labour savings, a payback could be estimated at two years. But when you also consider the secondary benefits, such as increased productivity and quality output, the same system could potentially deliver a one-year return.

Another common misconception of companies who are new to the world of robotics is that robots can undertake certain production processes that normally require highly skilled, manual input to satisfy highly dexterous tasks. While robots today are very capable of outperforming a human counterpart in a wide variety of applications, it is by no means true that a robot can do anything a human can.

We frequently encourage companies to seek out simple tasks to automate to start with, such as picking, placing, packing and palletisation; low skill, low value-added tasks. These tasks often add no additional inherent value to a product and are the perfect place to start a robotics journey.

The biggest benefit to this, is that robotic processes such as these often have a vastly lower complexity and cost attributed to them in order to get started, supporting a smooth transition into existing operations, giving the robots a fair chance to establish themselves within the business, gaining support from potentially sceptic co-workers.

Champion among all non-value-added tasks in the food and beverage industry, is palletisation. Not only does human interaction here add no value to the product, it is often a dull and repetitive task, with inherent health and safety challenges. This is the perfect application to use as an introduction to robotics, as robotic palletisation systems are a very mature technology. Often standard cells can be installed in a matter of days and provide  benefits from the moment they are switched on.

One of the must ‘do’s’ for any company interested in robotics is to shake off all of those misplaced misconceptions.  If robots are that good, why doesn’t everyone already have them? Well the answer is they do!

Compared to the rest of the world, the UK has been slow to adopt robotics and as a result has not yet reached the much higher levels of productivity enjoyed by our European counterparts. Much of this is down to misinformation and misconception.

One misconception we often face is that investing in robots somehow constitutes a ‘new and risky idea’. These misplaced fears usually constitute nothing more than fear of the unknown.

The truth is there is nothing new or risky about robotics. They are a well proven and reliable technology, which when properly applied, which can last for many decades and operate trouble free.

At the forefront of this misconception is that robotics will one day take over everyone’s jobs and lead to mass unemployment. This idea has been perpetuated in the media and is an argument which simply has no merit.

Aside from the fact the UK food and beverage industry currently has a mass Labour shortage, there are many studies that show the increasing robotics numbers across the UK are leading to an increase in productivity and thus, the creation of many more jobs. When looking at our European counterparts in Germany, who on average have around four times the number of robots per person than we do, it is easy to imagine what the UK and its economy could look like, once we eventually emulate similar robotic trends.

Another important consideration and common misconception are the cost of robotics.  The typically low cost of robotics has never made it so easy to get started. Year on year robotic technologies are becoming faster, more accurate and more reliable, whilst at the same time their prices are favourable. To support robotic investment, the cost of leasing starts at as little as £25 per day. Compared to other solutions it’s an easy decision to make – a robot will work through breaks and long into the night for the same cost of what a contractor may earn in an hour.

Ultimately robotics will reduce the cost of your production and widen your margin. 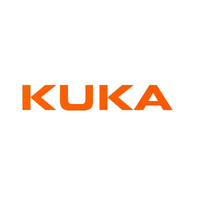 KUKA is a proud member of the FactoryNOW initiative

KUKA is a global automation corporation with sales of around 2.6 billion euro and roughly 14,000 employees. The company is headquartered in Augsburg, Germany. As one of the world’s leading suppliers of intelligent automation solutions.