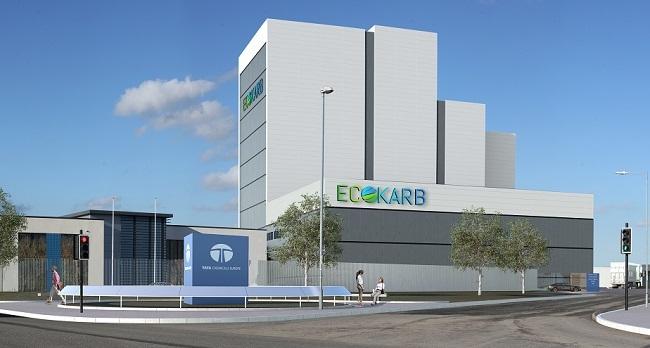 TATA Chemicals Europe has announced that it is planning to build a new £50 million plant in Winnington. The company will soon start the planning process to seek permission to build the new facility which will produce Ecokarb® – a high purity net zero carbon emissions product.

TATA Chemicals says the investment ‘cements Winnington and Northwich as the home of world-leading innovation and sustainable manufacturing’ while supporting existing jobs at the company’s Winnington and Lostock sites, as well as further roles.

Ecokarb® will be the world’s first sodium bicarbonate to be made with net zero carbon emissions and is used primarily in the pharmaceutical industry. It will be exported to more than 60 countries across the globe.

The proposed location of the new plant is behind the company’s offices on the corner of Winnington Lane and Winnington Avenue. The location has been chosen as it is next to both the Carbon Capture and Utilisation plant – which will provide a key raw material in carbon dioxide – and the Combined Heat and Power plant that will generate heat and electricity for Ecokarb® production.

“This is a really exciting moment in the 150-year history of manufacturing in Northwich. The proposed Ecokarb® plant will produce a critically important product which will be exported to more than 60 countries in the world and will be made with net zero carbon emissions. This plant represents the largest investment at the Winnington site in more than 50 years and will be a source of high quality, high value, adding jobs at the same time as sustaining our existing jobs as we make our contribution to the UK’s net zero target.”

“In 2014 we started a journey of transforming our proud heritage into a business that will continue for many years and this £50m investment is just the latest stage of our long-term plans, securing the future of high quality manufacturing in Northwich.”

The new plant is set to be the latest in a series of long-term investments from Tata Chemicals Europe. It comes after the construction of the UK’s first industrial-scale Carbon Capture and Utilisation plant, which will capture 40,000 tonnes of CO2 emissions every year – a key raw material used in the Ecokarb® production process.

Highlighted as a key project in the Government’s recently announced Ten Point Plan for a Green Industrial Revolution, the construction of the carbon capture plant is supported by the UK Government with a grant providing 25 per cent of the total investment of £17m.