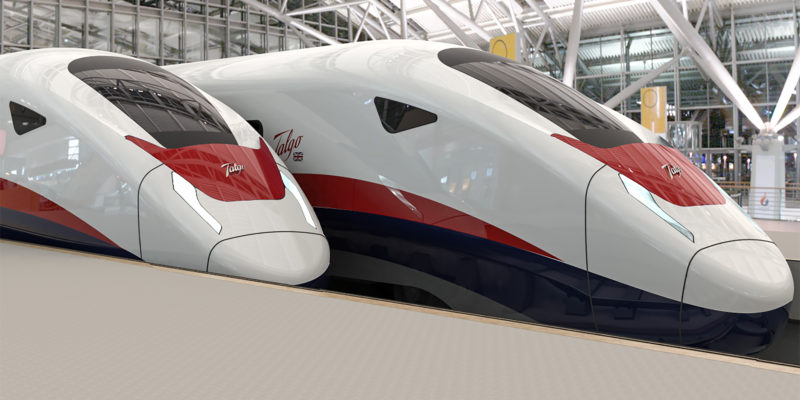 Spanish train manufacturer Talgo has sealed its intention to create a £40 million factory in Fife, which could bring more than 1,000 jobs to the region.

The firm has signed a jointly-agreed framework deal with Scottish Enterprise and Transport Scotland, aimed at ensuring it will be ready to deliver contracts for rolling stock should it be successful with future bids.

Plans for the manufacturing base at Kincardine were thrown into doubt in August when the UK Government announced a review of its HS2 rail link, although Talgo said its proposal was not solely reliant on it winning a contract to supply the fleet for the project.

The deal has been hailed as excellent news by Scottish Greens MSP Mark Ruskell, who said it showed a clear commitment to delivering the factory on the site of the former Longannet power station.

He said: “It is more evidence that the future of Scotland’s economy will be in well-paid, long-term jobs in manufacturing and renewables and this is exactly what we should be looking to deliver through a Scottish Green New Deal, building a future for communities with significant public investment.”

The Mid Scotland and Fife MSP said the deal was also a huge boost for the campaign to reopen the Dunfermline to Alloa rail line to passengers.

“Feasibility work is already under way on electrifying the line from Alloa to Longannet but a facility of this size should also be provided with a passenger service to get cars off the road and have people from across the central belt and Fife commuting to the factory by train,” he said.

Signing the agreement, he said: “Today’s milestone marks a new phase in an excellent relationship with team Scotland.

“Now let’s get on with securing orders that will bring more jobs and true manufacturing of rolling stock back to Scotland.”

Paul Lewis, executive director with Scottish Enterprise. said the framework agreement was a significant milestone towards the ambition of establishing a world-class manufacturing facility at Longannet.

“Scottish Enterprise and our partners are incredibly excited by Talgo’s plans for Longannet, which would deliver 1,000 direct jobs and a host of supply chain opportunities for companies in Scotland,” he said.