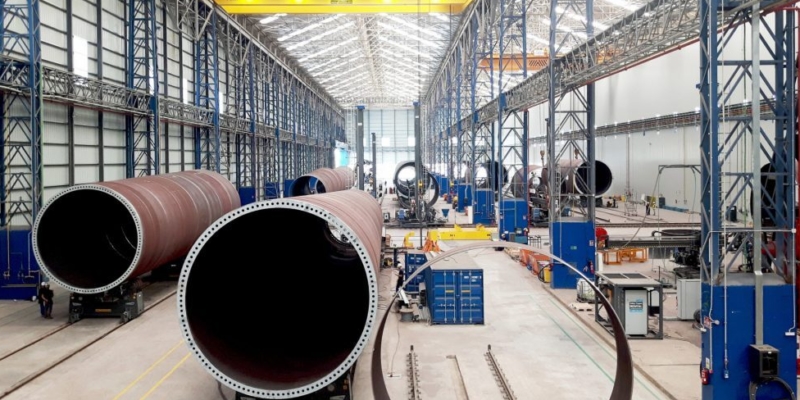 GRI Renewable Industries, a Spanish manufacturer of wind towers and industrial wind components for major Original Equipment Manufacturers (OEMs) and developers in the wind energy market, has announced plans to build a new factory in the UK.

100 offshore towers a year, equivalent to 100,000 tons of steel, will be initially supplied from the production facility, to be built at the Able Marine Energy Park (AMEP) in North Lincolnshire.

The total investment is expected to be £78 million and will create approximately 260 direct jobs. The project will  receive grant funding from the government’s £160 million Offshore Wind Manufacturing Investment Support scheme.

“We are proud to participate in this major project to power British homes and communities with wind energy towards sustainability and carbon neutrality. This project will create a worldwide leader in the offshore sector in a market that is increasingly demanding and constantly evolving.”

“With its close proximity to some of the world’s largest offshore wind farms and strong skills base, the Humber region is vitally important for the growth of British offshore wind and is at the heart of our green recovery. This joint investment from government and GRI will give a boost to this important industrial heartland, creating and supporting hundreds of good quality jobs across the region while ensuring it on the frontline of developing the next generation of wind turbine towers.”

The Offshore Wind Manufacturing Investment Support scheme was announced by the Prime Minister last year as part of his 10 point plan to build factories that will develop components for next generation wind turbines. It is designed to support the delivery of manufacturing investment in the offshore wind supply chain. It provides grant funding for major investments in the manufacture of strategically important offshore wind components, from turbine blades to subsea cables.