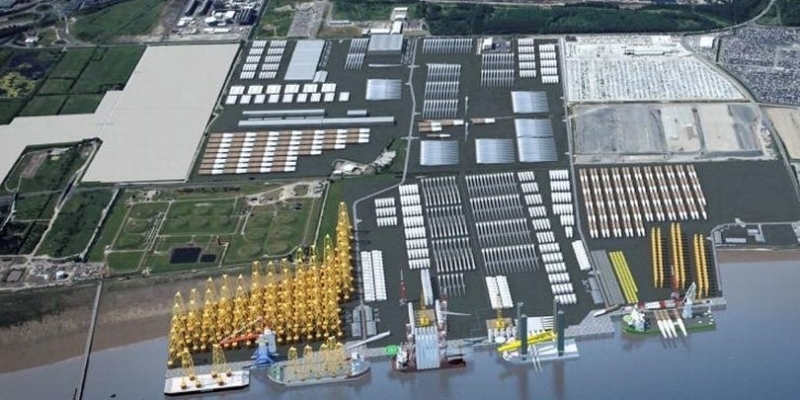 Able Marine Energy Park is set to become a ‘a vital part of the brave new world’ of offshore wind as one of the world’s leading pipe manufacturers confirmed its intention to establish a monopile production facility on the South Bank of the Humber, potentially creating around 400 jobs.

Monopiles, which are driven into the seabed, provide the foundations for offshore wind turbines and currently there are no production facilities in the UK. The Korean manufacturer SeAH has signed an exclusive Memorandum of Understanding with Able UK to use the Able Marine Energy Park development.

SeAH are one of a number of manufacturers with whom we are at similar stages of negotiation. SeAH have fully embraced the concept of establishing a new ‘world-scale’ industrial cluster for offshore wind on the Humber and with it the overarching strength of the UK’s offshore wind sector. Subject to our receiving the necessary support the first quays will be available towards the end of 2022, to coincide with the needs of both manufacturers and the developers of the offshore wind farms

Hyungkun Nam, SeAH’s chief executive, said: “The UK has the strongest market and we intend to play an important role in the ongoing development of the offshore wind sector. We recognise the considerable opportunity to be the first significant UK-based monopile supplier and partnering with Able Marine Energy Park, and with it Able, as a company with such a credible track record, as the sole partner with whom we wish to progress matters. That is why we have signed an exclusive memorandum of understanding with Able”

Teesside-based Able Group is a market leader in marine decommissioning with a growing reputation in the offshore wind sector.

SeAH is South Korea’s largest steel tube manufacturer with more than 60 years’ experience of producing complex steel tubes for a variety of markets including offshore wind.