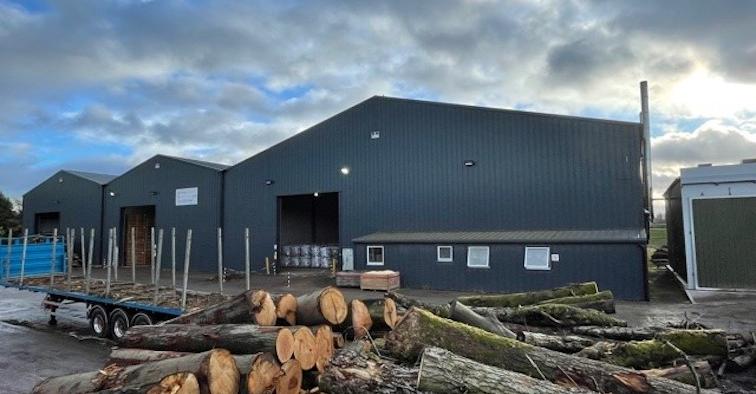 In 2020, new legislation was announced by the Government regarding the phasing out of traditional house coal and wet wood, in line with its Clear Air Strategy. This led the business’s directors, Simon Lane and Nick Beard, to spot a gap in the market for low-carbon emission firewood so they established The Great British Log Company.

Simon Lane, Director at The Great British Log Company, commented: “When the new legislation was announced we knew there currently weren’t enough producers in the UK to meet the inevitable demand. A lot of companies have historically looked to import these products but, since Brexit, this has become more challenging. In our first year of trading, we’re set to produce 20,000 cubic metres of British firewood – the equivalent of eight Olympic sized swimming pools – and have already seen huge interest from customers across the country.”

We believe in the provision and power of green energy and our intention is to become the largest producer of British kiln dried firewood in the UK. People are much more aware of the impact they have on the environment and their buying habits are really driving this change.

Simon France, HSBC Equipment Finance UK Regional Manager, added:“In what has been a challenging period for many, we were delighted to support Simon and the team with the facility to enable them to pursue their business ambitions and launch the company. The team has already secured a fantastic following across the UK wholesale market and we look forward to supporting them with their future growth plans.”

The Great British Log Company only sources timber from UK forestry companies with forestry management plans in place for replanting to ensure woodland sustainability, inline with the company’s Grown in Britain accreditation.