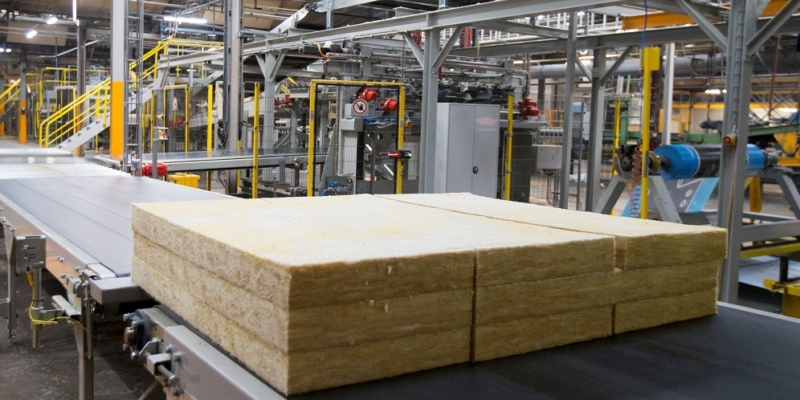 The completion of a £37 million investment in a construction materials factory by its Russian owner has been hailed as a major vote of confidence in the Scottish manufacturing sector.

Capacity at the Superglass glass wool insulation production site in Stirling has been doubled on the back of the spending by owners Technonicol, the largest manufacturer of construction materials in Russia and Eastern Europe, which acquired the business in 2016.

Around 20 jobs have been created in the move, one of the largest investments of its kind seen in Scottish industry in recent years.

It continues the remarkable turnaround in fortunes for the Scottish business which had once been valued at more than £100m on the stock market but had fallen on hard times before Russian billionaire Sergey Kolesnikov’s group stepped in to buy it.

In its latest results, Superglass reported it had returned to trading profit a year ahead of forecast with revenue up 39 per cent to £32.9m in 2018.

Ken Munro, chief executive of Superglass who also heads its parent company’s Western Europe & North American interests, said the investment was a “statement of intent” in the long-term future of the Stirling operation.

It means the site, which employs around 180 staff, can now produce up to 60,000 tonnes of insulation a year.

The redevelopment has included the installation of a 187-tonne furnace and curing oven and an automatic packing system. A rebranding of the Superglass product, which is made from up to 84 per cent recycled glass, has been carried out alongside the investment.

The engineering and building works within Superglass’ existing site at the Thistle Industrial Estate were carried out while the original production area continued to operate.

Mark Atherton, Superglass’s chief production officer, said a number of local engineering firms had been involved in the factory expansion which was supported by a Scottish Enterprise grant of £477,000.