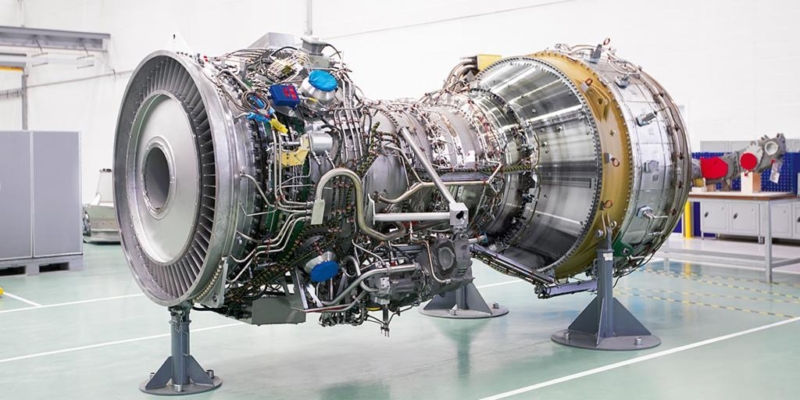 The 50th MT30 gas turbine has come off the Rolls-Royce build line in preparation for despatch to Japan.

The MT30 is the world’s most powerful in-service marine gas turbine and gives operators efficiency and reliability in a compact package with a market-leading power-to-weight ratio. The MT30 is already the engine of choice for some of the world’s most advanced naval platforms including the Royal Navy’s Queen Elizabeth aircraft carriers and Type 26 global combat ship, the US Navy’s Littoral Combat Ship Freedom Class variant and DDG-1000 advanced destroyer, Republic of Korea Navy’s Daegu Class frigate, the Italian Navy’s new Landing Helicopter Dock and the Japanese Maritime Self Defence Force’s 30FFM frigate.

The 50th MT30 came off the Rolls-Royce build line in August this year in preparation for despatch to KHI in Japan. This will be the second MT30 that Japan has received. Sam Cameron, Rolls-Royce Defence Senior Vice President for the Pacific Rim said:

Japan has traditionally been one of the principal users of Rolls-Royce marine products, particularly gas turbines, so they are a very important customer and delivering the 50th MT30 is a very important milestone. We look forward to continuing to grow the footprint of the MT30 in the region.

“MT30 is now on nine programmes globally, seven of which were conceived in the 21st century so it’s clear that the MT30 has become the engine very much tomorrow’s platforms.”

The two MT30 gas turbines already designated for Japan will form an expected fleet of eight engines for the 30FFM Batch 1 programme that is set to replace the Asagiri and Abukuma-classes of destroyer escort ships. The engine will now be delivered to Kawasaki Heavy Industries (KHI) in Japan with whom Rolls-Royce has worked for almost 50 years to deliver more than 200 Naval gas turbines for the Japanese Maritime Self Defence Force.

KHI will build and assemble the MT30 into what is referred to as the ‘compact package engine enclosure’.

Once installed KHI will conduct an integrated shore trial of the 30FFM propulsion system in their facility prior to delivery of the MT30 gas turbine to the shipyard in Japan next year.

Having entered service in 2008, the MT30 is developing a track record of high reliability and emulating the success of the Trent 8000 aero engine from which it is delivered. Naval ship building is a very long-cycle business, and with today’s new ships expected to operate for between 30 and 50 years, the ship’s propulsion system is there for the long haul and must be adequately future-proofed.

Choosing the right propulsion system is a crucial decision and it has to be the right decision to ensure a ship will still perform as its systems and capability are upgraded throughout its life. That’s one of the key strengths of MT30. With growing demand for electrical power, for example, you need a power source that can meet those future demands. The MT30 is operating or has been selected in all conceivable propulsion arrangements – mechanical, hybrid and integrated-electric, with power delivered to water-jets, controllable and fixed-pitch propellers, depending on application.

Richard Partridge, Chief Engineer Naval Systems explains the unique features of the MT30. “Power density is the reason why marine gas turbines, started to displace steam turbines and boilers back in the 1960s and 1970s in warships. Power density is characterised by high power from a very small package and this is epitomised in the MT30 package. The engine is capable of providing up to 43 megawatts of power from a very small package and this allows really good and new choices in terms of system and platform design as well as operational aspects.

There are many more MT30 opportunities in front of us than those we are already selected for. These opportunities are global including the US, Asia, India and also in Europe.