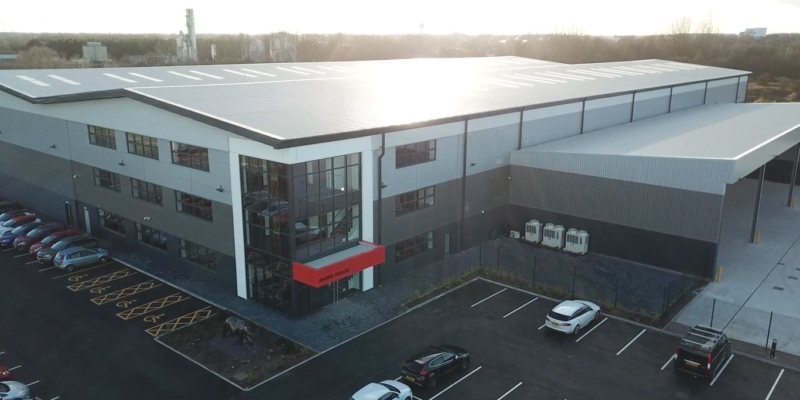 Rhino Products, now 17 years old, has grown significantly in recent years, with European distribution centres in the Netherlands and Sweden, and an additional sales office in Poland. Through these multiple sites, the company are able to supply their popular roof racks, bars, ladder handling systems, steps, pipe carriers and rear door ladders to a wealth of customers across Europe, the UK and wider export markets.

With significant investment behind the build of the new site, innovation was at the forefront of the design of the new factory. Rhino have invested in four VNA forklifts, creating triple the production space to previous, as well as increasing their goods in space over 10 times in size, with further room for expansion.

The factory opening marks what will be another progressive year for Rhino, as they prepare to launch two new products, the AluminiumLadder and PipeTube Pro, to market in the coming months. Alongside this, there will also be exciting progress for AVS Steps, with a new electric side step and manual step due to be released, officially relaunching the company under Rhino ownership.

Commenting on the factory opening, Steve Egerton, Group Managing Director at Rhino Products, said: “The move of Rhino Products to Ellesmere Port marks a significant period of growth and expansion for the company. Our customers recognise us as industry leaders due to the passion of our people and the quality and innovation of the products that we release to market.

The new space will allow us to further progress and continue to provide outstanding service and industry-leading products to our customer base around the world. We look forward to the future growth of the Rhino group at our new headquarters.”