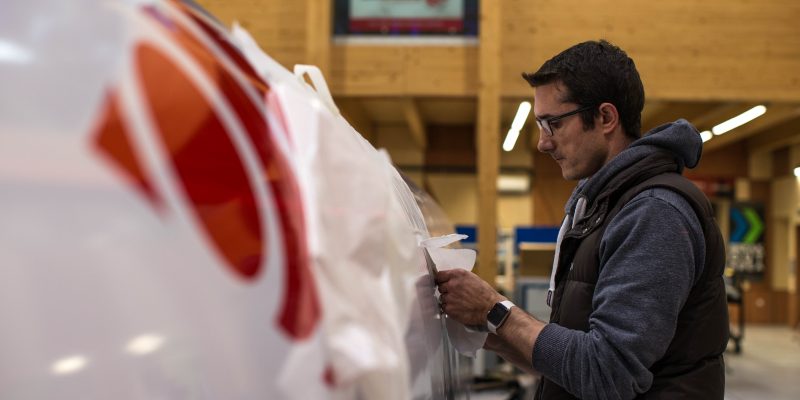 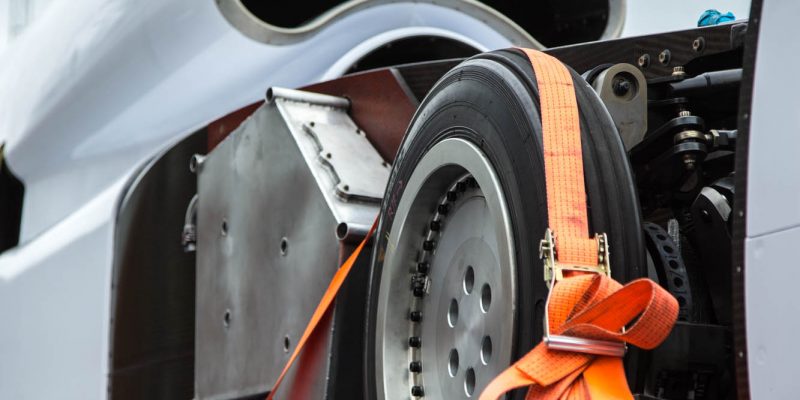 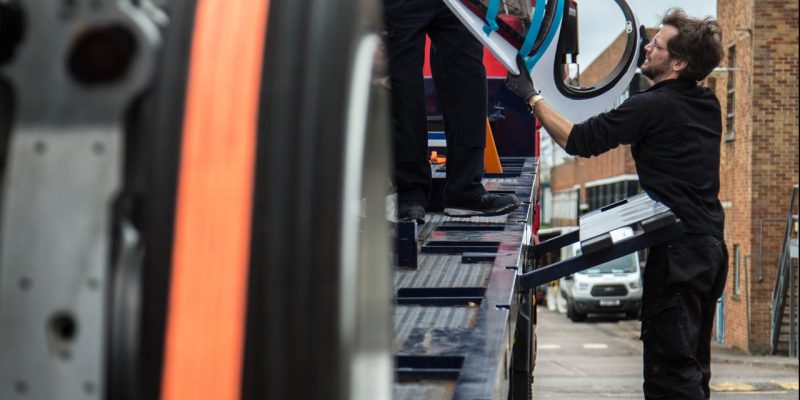 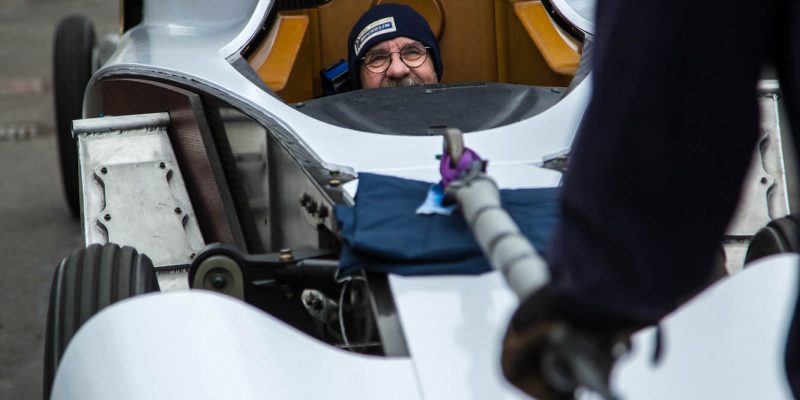 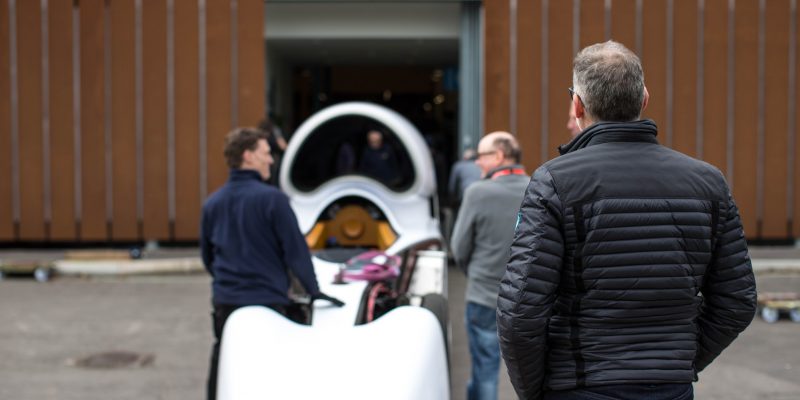 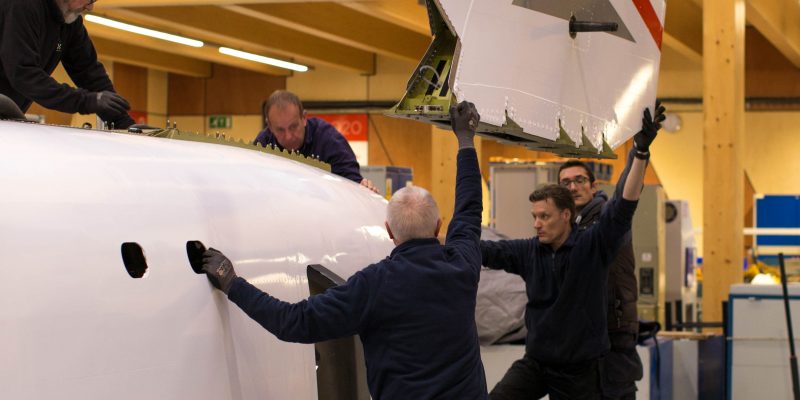 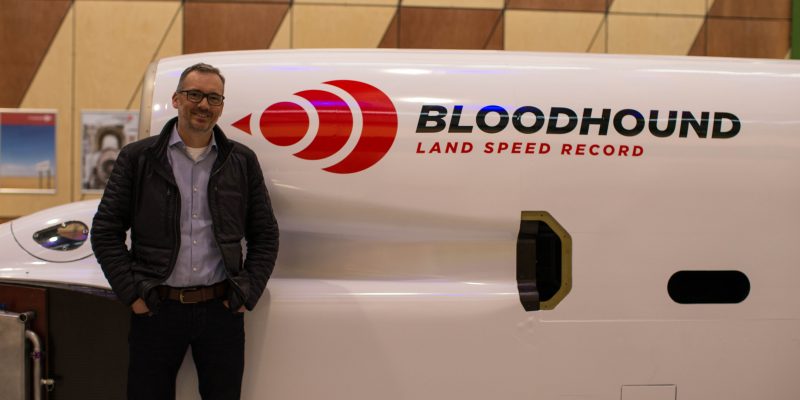 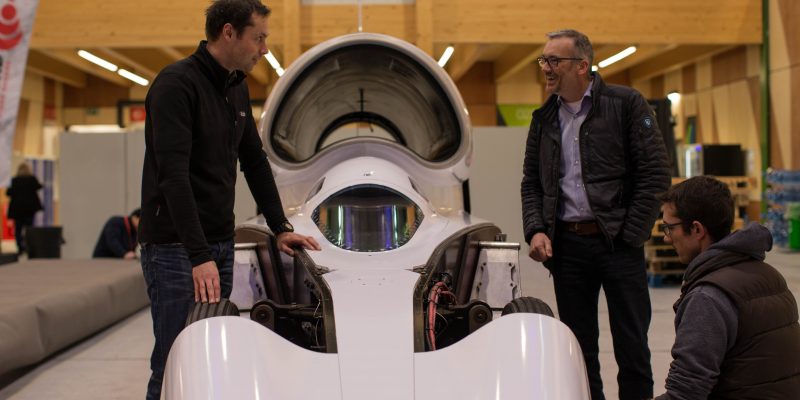 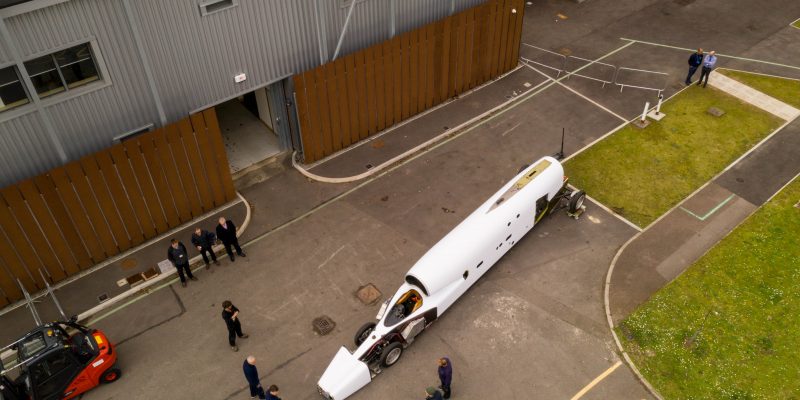 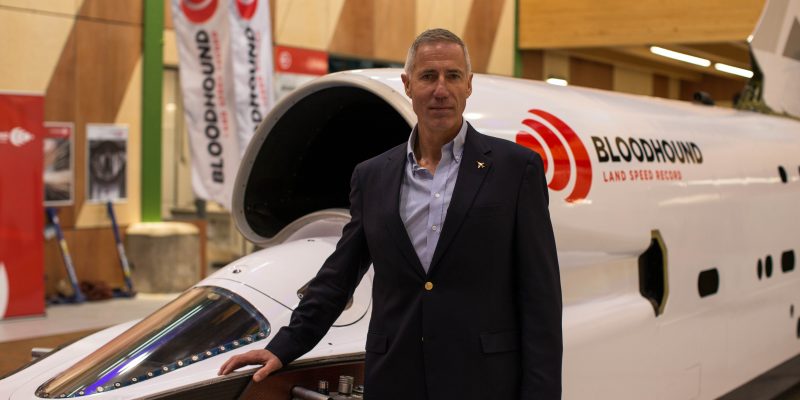 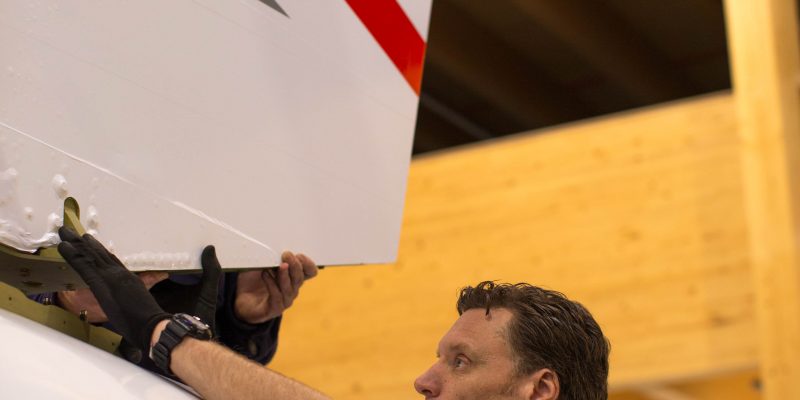 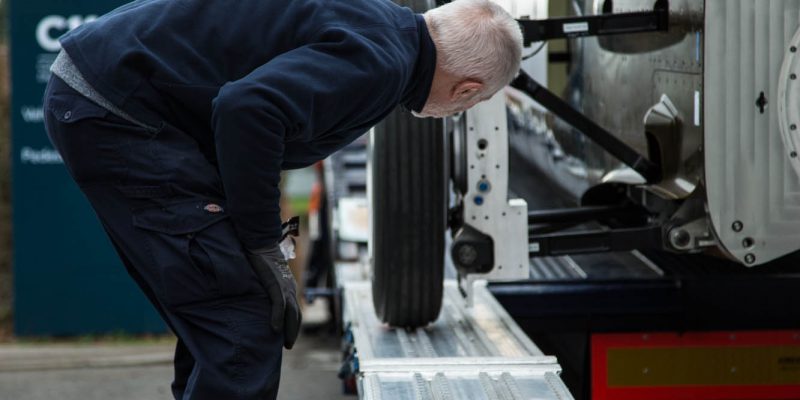 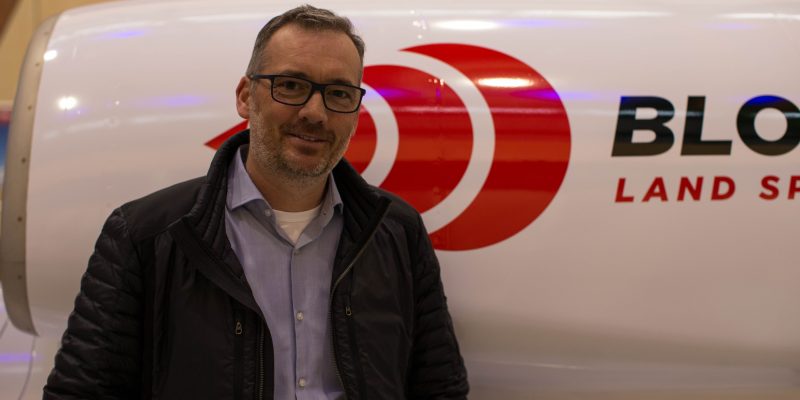 At today’s opening of the project’s new headquarters, the Bloodhound Land Speed Record (LSR) team announced they are firmly back on the trail of a world land speed record. Under the new ownership of Ian Warhurst, CEO of Grafton LSR Ltd, the freshly assembled Bloodhound LSR team will focus on completing development of the jet- and rocket-powered car and moving to the next phase of the programme – high-speed testing – as soon as possible.

The new name, Bloodhound LSR, accompanies a complete rebranding of the programme. This includes a visual transformation of the car, which was revealed in a new striking red and white livery as she moves into her new home at SGS Berkeley Green University Technical College (UTC) on the Gloucestershire Science and Technology Park.

Grafton LSR Ltd CEO Ian Warhurst said: “Since buying Bloodhound from the administrators last December, the team and I have been overwhelmed by the passion and enthusiasm the public have shown for the project. Over the last decade, an incredible amount of hard graft has been invested in the project and it would be a tragedy to see it go to waste.

Starting with a clean slate, it’s my ambition to let Bloodhound off the leash see just how fast this car can go. I’ve been reviewing the project and I’m confident there is a commercial business proposition to support it. I’ll provide robust financing to ensure there is cashflow to hit the high-speed testing deadlines we set ourselves.

SGS Berkeley Green UTS group chief executive and executive principal Kevin Hamblin said; “We’re excited that Bloodhound is joining us at Berkeley. To have such a groundbreaking engineering project on site which shares our philosophy to enthuse and encourage the next generation of engineers, designers and scientists, will be invaluable for our own students and also for thousands of young people across the region who will have an opportunity to visit the Gloucestershire Science and Technology Park over the next few years and see the car for themselves.”

Former CEO of Bloodhound Programme Ltd, Richard Noble said “It was a very hard fight to create the Bloodhound car, the largest STEM programme in the UK, the public engagement programme and the 1,000 man year desert preparation. Our weakness had always been finance and now after Administration, with Ian Warhurst the team finally has the financial support it needs to drive forward with confidence and achieve what we set out to do nearly 12 years ago.

The Bloodhound LSR car’s bare red and white livery is likely to change once the sponsorship team’s discussions over title branding opportunities with interested parties reach fruition. The iconic blue and orange livery from the R&D phase will live on in photos and film.

Grafton LSR commercial director Ewen Honeyman said: “With Ian providing the cash flow to keep the project on track, Bloodhound LSR is a very different sponsorship proposition to the blue and orange car. We’re already having detailed discussions with a number of organisations about exciting new sponsorship possibilities, as well as talking to those involved in the previous phase of the programme.”