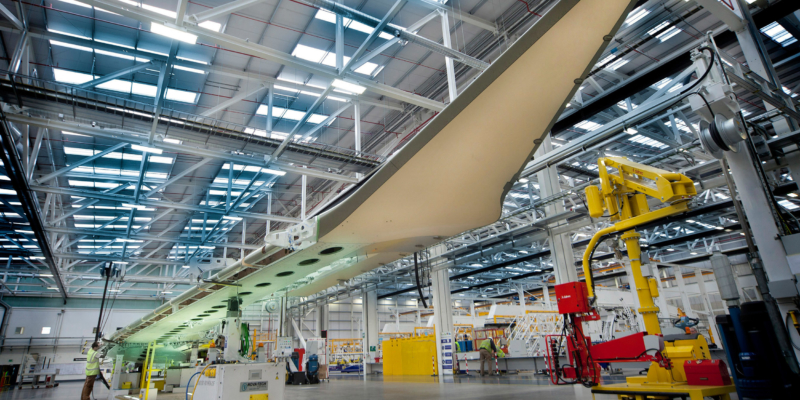 The global aerospace industry and UK manufacturers received a boost in October with a record-breaking 425 aircraft orders making this the highest October on record and more than three times the orders achieved in the same month last year. Order growth was led by 404 single-aisle aircraft orders, driven by strong demand in Asian markets.

The increase in aircraft orders has contributed to the aircraft order backlog rising to above 14,000 for the first time since May 2019. This marks a recovery for the backlog which had declined from a peak reached in January this year. As the full backlog of orders are fulfilled they are estimated to be worth up to £215bn to the UK.

Factors continuing to affect the global aerospace industry mean aircraft deliveries remain behind the rate achieved in recent years with only 97 aircraft being delivered in October 2019, down 30 per cent on the same month last year. Due to a run of slow deliveries, last month ADS revised its forecast down to 1164 aircraft deliveries in 2019. The 970 aircraft delivered so far this year are worth up to £24bn to UK industry.

The big increase in orders seen in October signals a return of confidence to the market as airlines invest in modern, technologically advanced and fuel-efficient aircraft.

“While deliveries this year remain behind original predictions, we expect a return to record production rates in years ahead as manufacturers work to fulfil the more than 14,000 aircraft orders now placed.

“The global aviation market is continuing to grow and there is an opportunity for industry to continue raising the prosperity it generates around the UK. Ahead of December’s General Election, we have asked political parties to build on the successful Aerospace Industrial Strategy, secure a close relationship with the European Union, and invest in long-term innovation to secure the economic benefits from new technology and create a more sustainable future.”