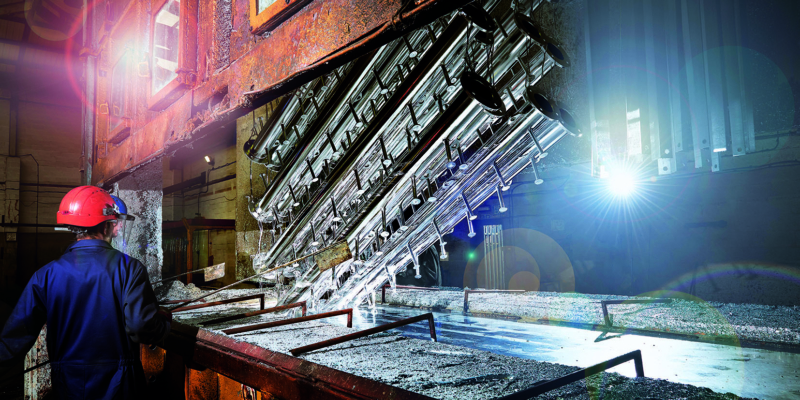 One of the UK’s oldest hot dip galvanisers has recorded its highest ever volume from a single facility in July, with over £1m of new customer orders secured since returning from lockdown.

Corbetts the Galvanizers, which celebrates 160 years in business in 2020, has seen a 48% rise in volumes from the fencing sector, with ‘wins’ also achieved in utilities, infrastructure and transport.

It is processing all of this demand in just one plant after taking the decision to temporarily close their other facility until early 2021 and this has meant doing ‘more for less’ effectively.

In June, the company announced 17% more output than average performance and this rose a further 7% in July, driven mainly by investment in operational efficiencies and a bespoke loading system.

“We are bouncing back from what has been a very difficult period and volatile sales thanks to the impact of Covid-19,” explained Sophie Williams, Finance Director and General Manager at Corbetts the Galvanizers.

Some tough decisions had to be made early on and we chose to close Plant A and focus on trying to get more performance out of just one facility. This has really paid off, with average output at an all-time high and some excellent new customer wins that will generate about £1m of additional revenues.

She continued: “Our workforce has been outstanding, embracing the changes we had to make and throwing themselves into the best practice training we have been rolling out. This means we now only have two people left on furlough.

“Volumes and demand still remain fairly sporadic, but we are seeing a general push from the majority of our customers to get production capacities back up to 100% sooner rather than later.”

Corbetts the Galvanizers recently made three high-profile appointments to boost its leadership function, with Simon Prest and Mark Stephenson joining as Sales and Marketing Manager and Procurement Manager respectively, whilst Mick Probert has been promoted to take care of Operations.

The new look team has started to oversee a range of performance and efficiency improvements at the Telford site and rolling-out a new customer-centric approach that will speed up turnaround times and deliver greater flexibility.

It comes just a few weeks after it completed the £120,000 modernisation of its fleet of vehicles, with the purchase of two additional MAN TGX articulated lorries and trailers – both emblazoned in striking 160th anniversary livery.

Sophie concluded: “The next big project will focus on implementing a new yard layout and goods in/out procedure to speed up the link between production and to ensure we can better manage delivery cycles to customers.

This will feed into the introduction of a new ERP system on September 1st, which will link all of the departments together and deliver improved visibility on order tracking and processing. All part of the plan to help us emerge from Covid-19 in an excellent position to win new business.