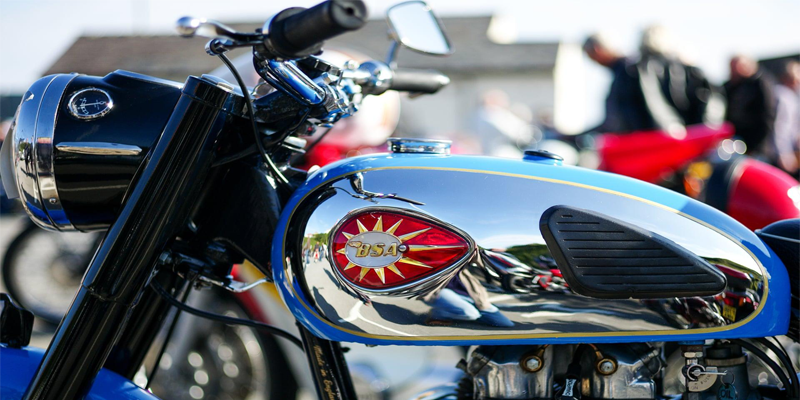 BSA Company Ltd. has announced the return of the iconic British motorcycle brand BSA Motorcycles, with a brand-new model set to launch at the beginning of December.

The all-new bike will be unveiled to the public at the Motorcycle Live show on 4 December 2021. Further details about the new model will be revealed at the show.

Standing for Birmingham Small Arms Company Ltd, BSA was founded in 1861, for the production of firearms. The brand’s motorcycle division was set up in 1903, and the first motorcycle was introduced in 1910. The brand went on to become the largest supplier of motorcycles to the Allied Forces during the Second World War. By the 1950s, BSA was the world’s largest motorcycle maker, with one in every four motorcycles sold worldwide sporting the BSA badge. The company also enjoyed phenomenal success on the race track, with notable victories at Daytona and Santa Catalina.

Over the course of the century, BSA carved out a hallowed name among motorcycle enthusiasts, with legendary nameplates such as the Golden Flash, Bantam, Lightning, Firebird and Gold Star becoming cult favourites.

While operations ceased in the 1970s, BSA Company Ltd. was given a new lease of life in October 2016, when the BSA Motorcycles brand and the rights to the motorcycle business were acquired by the Mahindra Group, a renowned automobile manufacturer.

The new petrol-engine motorcycle is now ready to hit the roads, and will be officially launched at the Motorcycle Live show, held between 4-12 December at NEC Birmingham, Hall 4, Stand 4D10.

Earlier this year, BSA Company Ltd. was also awarded a £4.6 million grant by the UK Government for the development of zero-emission motorcycles, as part of the low-carbon automotive initiative.

BSA’s motorcycles will reportedly be built in the UK at a factory in the Midlands.