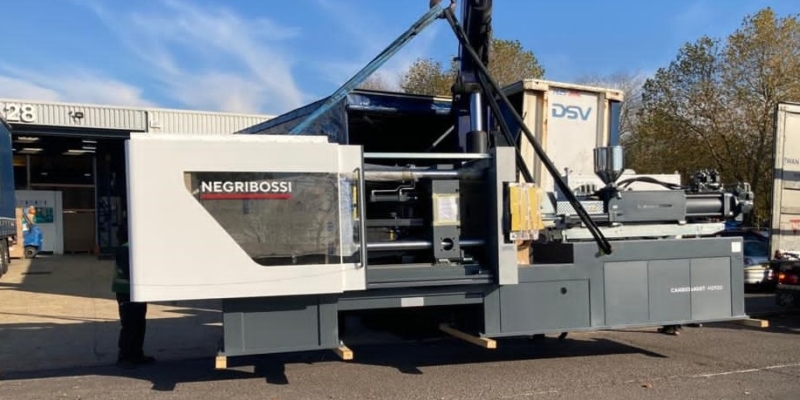 As energy costs continue to increase more injection moulders are looking at ways to spend less on electricity. Michael Hadfield Managing Director of The Protool Plastics Group is no exception and his latest decision to invest in new machinery was based heavily on saving money over the medium to long term. “Negri Bossi have been a valued supplier to The Protool Plastics Group’s site in Fareham for over 35 years so when I heard that our old pre 2000 NB400 model was starting to show signs of age I reached out to the team for advice. Negri Bossi offered to undertake an energy usage evaluation on the old machine for us followed by a recommendation for a suitable replacement ” said Michael.
Ian Jobling Sales Manager at Negri Bossi said, “When I heard that Michael was considering a replacement for his NB400T machine I was happy to help. I knew that we could reduce his energy usage by recommending a new Canbio ST 400 Full Servo Drive machine. Following a site visit we measured energy usage on this machine which included a hopper loader and bench lights and found that it was using 44.9kW per hour. At a rate of £0.11 per kWh that equated to a cost of £4.93 per hour or £24,695 based on 5000 hours per year. Using our in-house evaluation software we estimated that we could save approximately 50% if the old machine was replaced with a new Canbio ST. The information that Negri Bossi provided following the site visit and energy evaluation played a significant part in Protool’s decision to invest in a new machine. “The savings were clearly significant on paper” said Michael. “It will be interesting to see what the actual results are when the machine is installed and running”.
In addition to potential cost savings Negri Bossi also pointed out that the Canbio ST 400 comes with dual hydraulic gear pumps allowing for parallel movement of ejectors, cores and mould opening. This in itself results in cycle time reductions of around 10% when utilised. The new machine was installed in November 2020 and set up to run the same tool that was running previously on the old NB400. Energy measurements were taken while the machine was running in fully automatic operation. The results showed the Canbio used 18.7Kw per hour to run the same tool
at the same cycle time with the same ancillary equipment which equated to a saving of 48%. The
trial showed the old NB400 machine was costing £4.93 per hour and the new Canbio ST was £2.57.
Over 5000 hours the savings were proven to be very significant with the NB400 costing £24,695
compared to £12,850 an annual saving of £11,845.

Michael continues, “Based on the results of the comparison tests the savings are everything we
hoped that they would be and we look forward to continued savings during 2021. Adding the 12
months maintenance of the very old NB400 machine to the energy cost savings of the new Canbio ST
it has basically given us a fully funded machine.”

The additional 400 tonne machine increases the capacity of  The Protool Plastics Group in this machine range while also adding a latest technology machine to our portfolio. 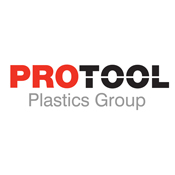 Protool Plastics is a proud member of the FactoryNOW initiative

We manufacture injection moulded components and assemblies for the UK, EU & Worldwide Markets. Accredited to ISO 9001-2015 ensuring quality with every delivery.