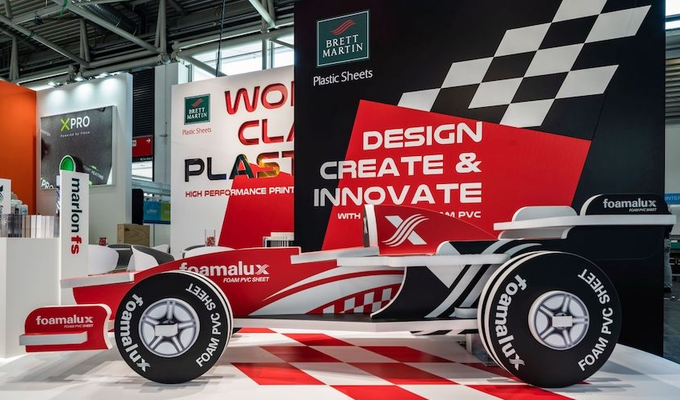 Plastics manufacturer Brett Martin is planning a £6m expansion of its Mallusk factory, it has emerged.

The company has linked up with landowner Ballinamallard Developments Ltd for the project next to its Co Antrim base on the Roughfort Road.

It’s understood the development will include an expansion of the main Brett Martin facility, along with a speculative storage and distribution warehouse investment.

It comes just one week after the plastics firm was granted planning permission for a separate £2m proposal to add 46,000 sq ft to the existing 319,000 sq ft floor space in Mallusk.

Brett Martin has said its current site is operating beyond capacity.

The company has yet to submit a planning application for the new larger project, but it has filed a pre-application notice with Antrim and Newtownabbey Borough Council.

Details of the new proposal will be put to the public in a consultation event due to take place at the Chimney Corner Hotel in Newtownabbey on August 14.

Brett Martin specialises in the manufacture of thermoplastic sheeting, roof lights, plumbing and drainage systems, with its products exported to over 80 countries.

The family-owned business, which was set up in 1958, is now led by managing director Laurence Martin.

The latest accounts publicly filed by the firm in October 2018 showed its workforce fast approaching the 1,000 mark. Around 500 work at its Mallusk headquarters.

In a report submitted in support of the expansion plan approved just last week, Brett Martin said the growth of its product range and its export operation had resulted in increased demand on its Roughfort Road site.

“Central to business plans going forward is the need to expand the current site which is operating beyond capacity due to the need for additional storage space and machinery installations as required,” stated the report.

The company has also said that acquiring lands at an off-site location is not practical “given the manufacturing aspect of plastic moulding requires raw materials to be immediately available on-site”.

Recent job losses in the Antrim and Newtownabbey district are also identified in support of the expansion.

The report revealed that between 2013 and 2017, £22.5m in capital expenditure was injected into the Roughfort Road facility.

“Over previous decades and to the present day the business approach by Brett Martin has been to continually invest in new manufacturing and storage facilities, buildings and machinery in place to capture ever-increasing export market when the opportunity arises,” concluded the report.