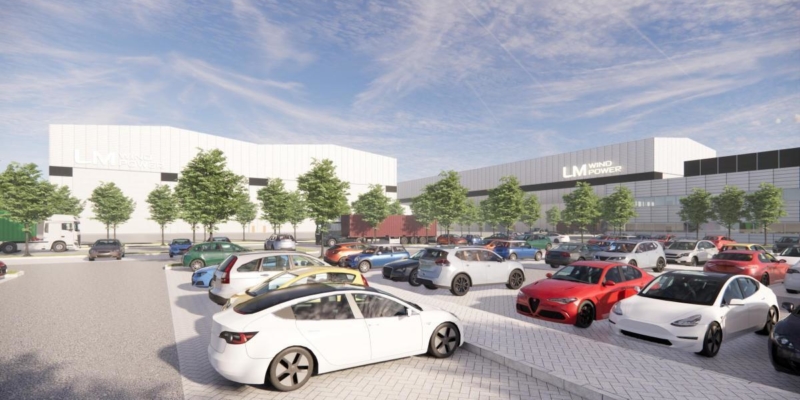 Plans have been submitted for GE Renewable Energy’s factory on Teesside a factory to manufacture blades for offshore wind turbines. The first images of the huge 78,000sq m facility, in the South Bank zone of the Teesworks site, have also been revealed.

The company has estimated the development will create 750 jobs and support 1,500 more in the supply chain.

Mr Houchen said: “I’m excited to reveal the huge plans for this mammoth manufacturing facility. The real regeneration of this site is beginning to take shape right in front of our eyes and, with it, creating real jobs on the ground as we speak.”

Andrew Bellamy, managing director at LM Wind Power UK, a GE Renewable Energy Business, said: “We’re thrilled to be unveiling our plans today for our state-of-the-art facility at Teesside. This is a first important milestone for us. GE Renewable Energy and LM Wind Power are looking forward to continuing on this journey to transform the site and contribute to the creation of this revived location that will form a leading offshore wind industrial cluster in the UK, creating thousands of highly skilled jobs in the process.”

Work has already started on ground remediation and clearance of the site, where a 95-tonne monster excavator is being used to speed up land preparation works. If permission is granted, the company wants to start building in October and hopes the first blade will be ready in 2023.

The factory will serve the Dogger Bank wind farm, which is about 80 miles off the North-East coast.

The development, which was first announced in March, is one of a number of green energy projects at Teesworks. The site will also house Net Zero Teesside, which aims to deliver the UK’s first zero-carbon industrial cluster and a multi-modal hydrogen transport hub.