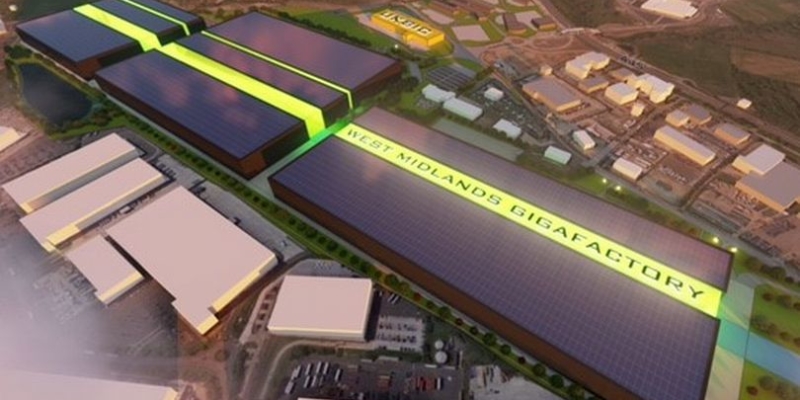 A planning application for a new battery gigafactory situated at Coventry Airport has been submitted by a newly formed joint venture partnership between Coventry City Council and Coventry Airport.

If given the green light, the  5.7 million electric vehicle battery production and recycling plant is expected to add £434 million in gross value to the regional economy.

The proposal also claims that 6000 new jobs will be created, with tens of thousands added to the supply chain, and that the factory will be powered by 100% green energy, including solar and wind power.

The applicants say too that Coventry Airport is an ideal location for an EV battery factory, because it’s adjacent to the UK Battery Industrialisation Centre, which is the UK’s largest battery research centre.

“The West Midlands is already home to the country’s biggest car manufacturer, Europe’s largest research centre of its kind, the UK’s only battery industrialisation centre and a world-leading supply chain. A gigafactory therefore is the natural next step for the UK’s automotive heartland, and I will not rest until we have secured one.”

The plans come as Nissan also recently announced it would produce EV batteries in Sunderland, while start-up company Britishvolt plans to open its own gigafactory in Blyth, Northumberland, in 2023.

The UK government plans to ban the sale of new petrol and diesel cars from 2030, and with car makers increasingly switching to EVs to reduce emissions, the need for new gigafactories in the country is growing rapidly.

Coventry City Council leader Cllr George Duggins said: “The submission of a planning application for a gigafactory is the important next step as we seek to deliver battery production for the West Midlands.

“We have worked with regional partners and industry experts at pace to deliver outline proposals for a world-leading facility, powered by green energy, and ready for investment.

There is increasing pressure to ensure the UK is ready to take advantage of electrification and together the West Midlands is seizing the initiative to deliver for UK plc as part of a green industrial revolution.

The city council and Warwick District Council will vote on the proposals later this year.  If the plans are approved, the site could be operational by 2025, though it would need investment from the private sector.