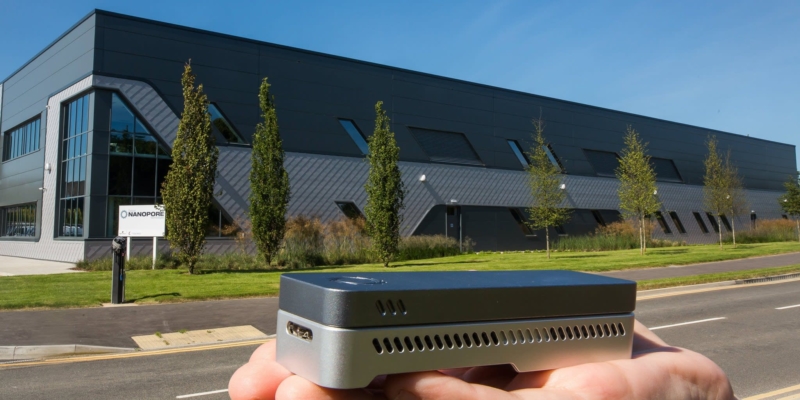 The 34,500 sq ft building on Harwell science campus produced its first Minion DNA sequencers last week. The factory, which is designed to look like a giant version of the Minion, has space to increase manufacturing from 100,000 units this year to around 1m in 2023.

As a private company — it was spun out of Oxford university in 2005 — Nanopore publishes only limited financial information. But some London analysts follow it closely, because it is seen as a possible tech giant of the future and because the fortunes of its largest shareholder, IP Group — which owns a 19 per cent stake — are closely linked to its success.

In addition, two funds managed by struggling investor Neil Woodford — the suspended Equity Income Fund and his Patient Capital Trust — own a combined 12.4 per cent of the company. Nanopore would not discuss any possible moves to sell or transfer the Woodford stakes.

The company also declined to talk about prospects of going public, beyond a general indication that an IPO is an option within the next 12 months.

But Mr Sanghera did say Nanopore would raise more money before the end of the year. “If we raise funds after that, it would be more strategic, with a view to M&A activities.”

Its last funding round was in March 2018 when it raised £100m from investors in the Asia-Pacific region, valuing the company at £1.5bn. In a secondary market deal last October, Amgen, the US pharmaceutical group, paid £50m for a 3 per cent stake.

Nanopore is challenging Illumina, the California-based company that dominates the market for DNA sequencing equipment. Illumina currently has at least 80 per cent of the market, which is estimated to be worth $4.4bn this year.

Illumina and Nanopore use quite different methods to read the four biochemical building blocks of DNA: A, G, C and T.

Essentially, Illumina breaks the DNA up into fragments, which are tagged with fluorescent dyes to identify the letters using an optical reading machine.

By its nature, Nanopore technology is better than Illumina’s for reading long stretches of DNA, which is an advantage in some cases, and it is easier to miniaturise in small machines such as the Minion. Its weakness has been lower accuracy, though the company says its latest pores solve that problem.

Stefan Hamill, life sciences analyst at Numis Securities, is optimistic about Nanopore’s prospects. “There have been a lot of naysayers out there but now we are seeing good year-on-year progress in scientific papers, applications and orders and a growing community of users,” he said.

Charles Weston at RBC Capital Markets made a similar point. “A few years ago the question was whether Oxford Nanopore would succeed at all,” he said. “Now the question is how big a success they will be.”