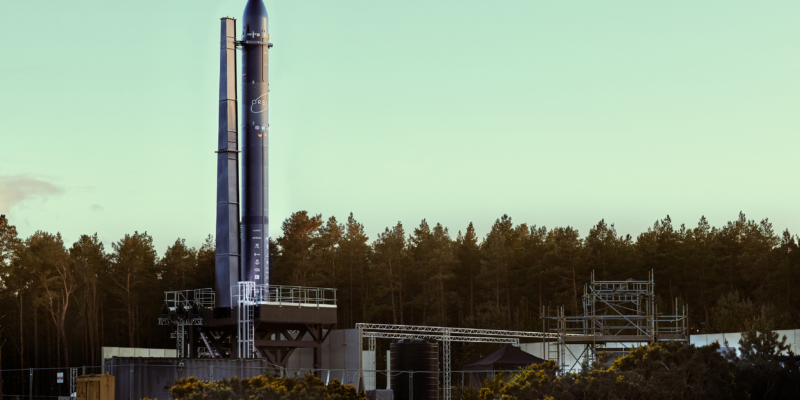 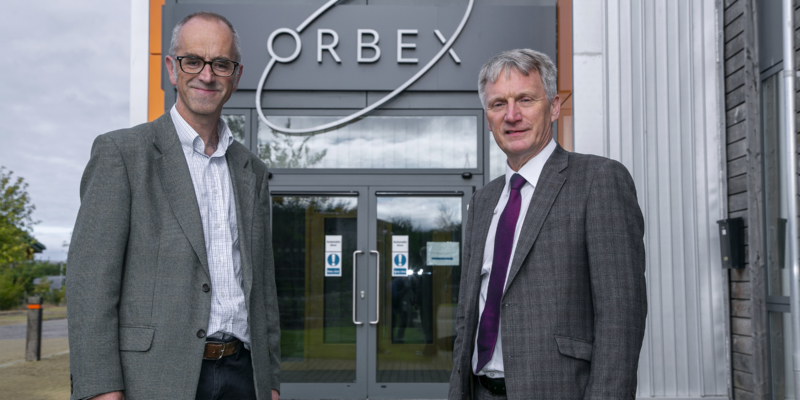 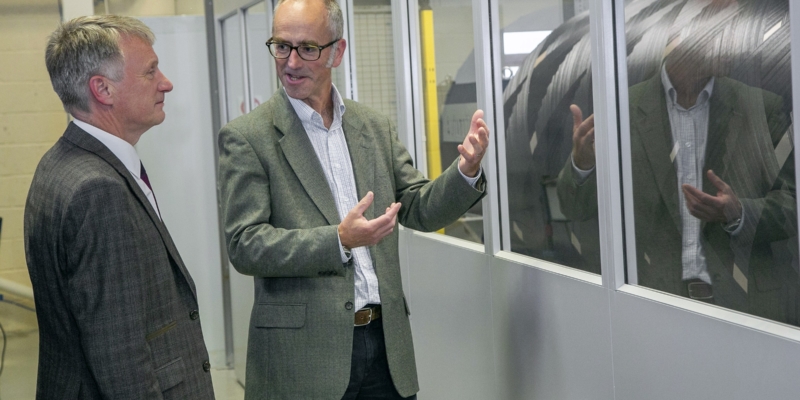 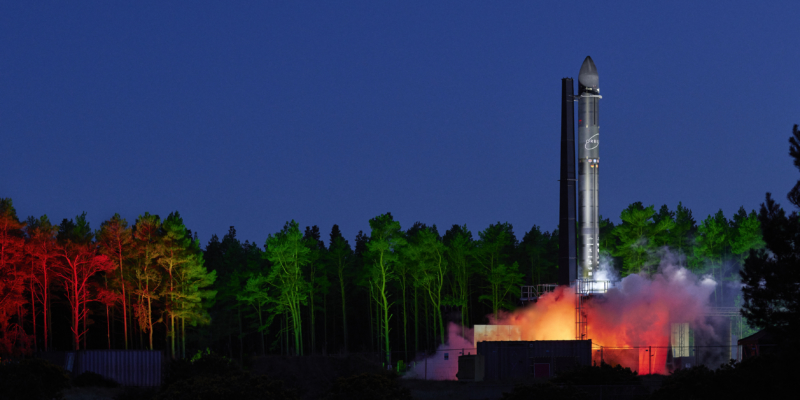 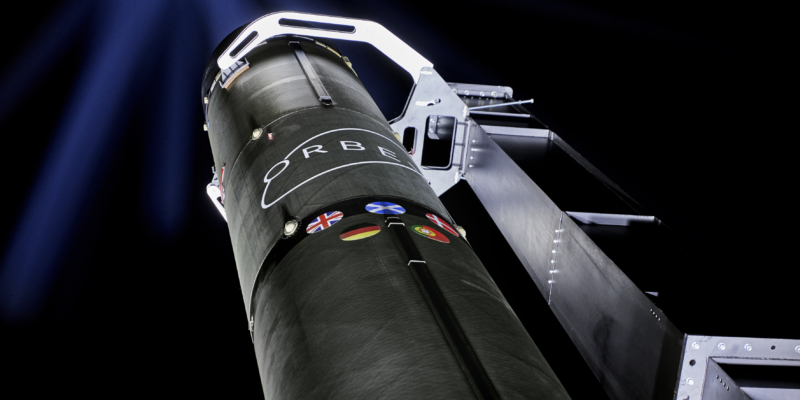 UK-based spaceflight company Orbex has secured £40.4 million for its Series C funding round, led by a new investor, the Scottish National Investment Bank. The new round of funding will allow the company to scale up its resources as it counts down to the first vertical launch from UK soil, as well as unlocking additional funding to support future projects.

Orbex recently revealed its “Prime” rocket in its final form, making this the first full orbital micro-launcher to be unveiled in Europe. Prime is a 19-metre long, two-stage rocket designed to transport small satellites weighing up to 180kg into low Earth orbit.

Orbex´s rocket will launch from the Space Hub Sutherland spaceport near Tongue on the North coast of mainland Scotland, which is expected to be the UK´s first operational spaceport. Orbex applied for a space launch licence from the UK´s Civil Aviation Authority in early 2022.

– The Scottish National Investment Bank, which was created to deliver economic, social and environmental returns for Scotland through strategic investments in innovative companies and projects, such as Orbex.

– The Danish Green Future Fund, a special investment fund designed to support the transition to green solutions both in Denmark and the rest of the world through the development of sustainable technology. The investment will be managed on behalf of the fund by Vækstfonden – the sovereign investment fund of Denmark.

– Verve Ventures, a network and technology-driven venture capital firm headquartered in Switzerland. Founded in 2010, Verve Ventures has become one of the most active venture investors in Europe with over 140 technology and science-driven startups in its portfolio. Verve Ventures provides its pan-European network of selected private and institutional investors access to top-tier investment opportunities across Europe.

The innovative Prime rocket will be the first orbital rocket to be powered by a renewable bio-fuel, Calor’s Futuria Liquid Gas, a form of bio-propane which will play a part in reducing the carbon footprint of space launches by up to 96 per cent when compared with similarly-sized launch vehicles powered by fossil fuels. The sustainability credentials extend to the company’s ‘home’ spaceport of Space Hub Sutherland, which aims to become the world’s first carbon-neutral spaceport.

Orbex is currently performing a wide variety of integration tests, including the testing of the main propellant tanks and engines, as well as testing launch procedures including rollout, strongback erection and fuelling procedures in advance of the first launch, which will carry a payload developed by one of the world´s largest small satellite developers, Surrey Satellite Technology Limited.

“We´re delighted to have closed this new funding round led by the Scottish National Investment Bank. Orbex has made significant progress to get to this point, with the invention of ground-breaking, innovative technology, the rapid development and testing of the launch vehicle, the expansion of our manufacturing footprint in the UK and Denmark, the creation of the UK´s first orbital spaceport in mainland Scotland, and the growth in customers from the UK, Europe and America signing up to launch dedicated payloads with Orbex.

“These results have only been made possible by the maturity and dedication of the entire Orbex team, who bring a huge amount of skill and experience to their tasks from a wide variety of industries, launch systems and spacecraft. This significant new funding round is testament to the work of that team and will allow us to continue to build Orbex towards our long-term goal of establishing a reliable, economically successful and environmentally sustainable European space launch business.”

Comments from Investors and Partners:

“Orbex is at the forefront of innovation in the hugely exciting frontier of space technology. This is a sector that has the power to transform not only how we communicate through satellite infrastructure, but also how we tackle society-wide challenges such as climate change. Orbex is a fantastic example of a UK business that is democratising the commercial opportunities that space technology offers, while also reducing the environmental cost of satellite launches with its light, efficient rockets. We are right at the beginning of exploring the opportunities afforded by space technology and are therefore delighted to be continuing in our support for one of the leading lights in this field.” – Keith Barclay, Investor

“With the announced funding, we are convinced that Orbex will be the first in decades to launch from European soil. Satellite companies hoping to ride-share on a ‘bus’ from the US, India, China or Kazakhstan will soon realise that a dedicated ‘Uber-ride’ to space is undoubtedly better for business.” – Jimmy Fussing Nielsen, Partner and Co-founder

“This is great news for Orbex and the Highlands and Islands, and a clear demonstration of investor confidence in the business as a leading player in the growing Scottish space sector. We have been pleased to support Orbex’s development in Moray where it has created dozens of high-quality manufacturing jobs over the past couple of years and recently announced plans for many more.

“We are continuing to work very closely with Orbex and look forward to seeing Scottish-made Prime rockets carrying satellites into orbit from a Scottish launch site at Space Hub Sutherland in the near future.” – David Oxley, Director of Strategic Projects

“With this Series C funding round, Orbex underpins its leadership in the European microlauncher market. Orbex has now reached all technical, commercial and financial requirements to launch in 2023. We at High-Tech Gründerfonds are happy and proud to renew our commitment, as in every funding round since having led the seed round in 2016.” – Yann Fiebig, Principal

“We are impressed by the progress made by Orbex, which has an exciting future at the forefront of sustainable space travel, having developed technology with the potential to deliver positive benefits for generations to come.

“We are looking forward to collaborating with Orbex over the long term in areas such as operational support and the provision of a range of technical, engineering and consultancy services, bringing major economic and social benefits to North Highland and Moray.” – Karen Wiemelt, Senior Vice President, Jacobs Energy, Security and Technology

“We’re proud to continue our support of Orbex, following our initial investment with them in December 2020. Orbex and its management team have continued to impress us with their progress – when they set a goal, they achieve it. We really feel that what Orbex is doing to achieve sustainable space travel will have positive repercussions over generations. And to see all this important innovation happening right now, from a UK-based company is inspiring.” – Simon King, Partner

“The Orbex Prime vehicle being built in Moray and to be launched from Space Hub Sutherland will be the first in the world powered by a renewable bio-fuel.

“I congratulate this innovative business on its latest success in raising funds, which will propel progress towards a first launch from 2023. The Scottish National Investment Bank has played a leading role and is actively enabling the transformation of Scotland’s economy by supporting entrepreneurialism and new market opportunities.

“This is another extremely important milestone in the progression of Scotland’s rapidly developing space sector and in delivering against our ambition for Scotland to become Europe’s leading space nation through providing the end-to-end solution for small satellites through design, build, launch and use of the data downstream.” – Ivan McKee, Business Minister

“This is a very exciting time for the Scottish space sector. With Orbex, we will have a rocket assembled in Scotland, launching from Scotland and likely transporting satellites built in Scotland into orbit. This investment is a great example of the Bank working with other investors to support scale-ups in Scotland and aligns with our mission to invest in innovation and the industries of the future.

“We’re building a full end-to-end commercial space ecosystem in Scotland and we’re proud to play our part in this funding round, which will help deliver jobs and prosperity for the space sector and the wider economy.” – Nicola Douglas, Executive Director

“This major investment in Orbex is a huge vote of confidence in the company and our ambitious plans to make the UK one of the most innovative and attractive space economies in the world, supporting long-term economic growth. From the south of England to the Highlands and Islands of Scotland, there are more than 47,000 jobs in the space sector. As we count down to the first satellite launches from UK soil, and space businesses including Orbex expand their operations, we have a significant opportunity to build further on this success.” – Nusrat Ghani, Science Minister

“In close collaboration with our Scottish counterpart Scottish National Investment Bank we are proud to be part of the Orbex journey. We see a great future in Orbex’s technology and vision and we are eager to support and sustain the growth of a highly proficient technical team in Denmark, in combination with a launch facility and capability based in Scotland. In times of geopolitical turmoil it is important to create a European based launch market and knowledge centre” – Erik Balck Sørensen, VP and Managing Partner, Direct Investments

Orbex is a UK-based spaceflight company with headquarters, production and testing facilities in Scotland, and design and testing facilities in Denmark. Orbex staff members have professional backgrounds with NASA, ESA and several commercial spaceflight organisations. The company is funded by the Scottish National Investment bank, two of the UK’s largest venture capital funds, BGF and Octopus Ventures, two of Europe’s largest venture capital funds, Heartcore Capital and the High-Tech Gründerfonds, as well as strategic investors Elecnor, parent company of Deimos Space, and Jacobs, the largest services supplier to NASA. The company has won more than a dozen R&D contracts from a wide variety of bodies, including the UK Space Agency (UKSA), the European Space Agency (ESA) and the European Commission Horizon 2020 programme.