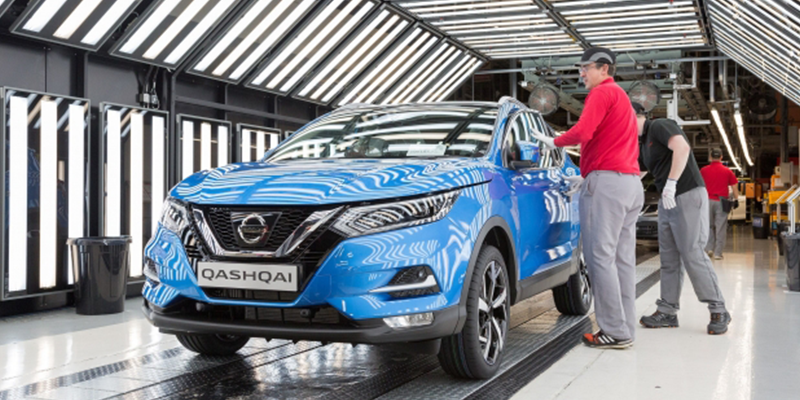 Nissan’s new Qashqai hybrid model will be built in Sunderland, the Japanese automotive giant has confirmed

The new hybrid e-power vehicle – which will use an electric motor drive and a petrol engine to charge a battery – forms part of Nissan’s NEXT transformation plan, announced in May by the CEO and president of the Japanese car giant.

The Sunderland plant, which employs around 6,000 people and supports more than 20,000 through its supply chain, will build the hybrid, following a £400m investment made in the Qashqai, including the unveiling of a £52m XL press line earlier this year.

The firm said the e-power model will be officially unveiled in the spring, and that prototypes of the all-new model are currently racking up the testing kilometres on European roads.

Gianluca de Ficchy, chairman of Nissan AMIEO region, said: “The new Qashqai is going to change what customers can expect from a family car.

“Comfort, refinement and technology will be from higher categories of car, while the driving experience will satisfy drivers and passengers alike. With Nissan’s bold e-POWER technology, we feel that customers will fall in love with the feeling of an electric powertrain, without the range concerns.”

The current Qashqai, which went on-sale in Europe in 2014, has sold over one million units since its introduction.

The firm initially estimated there were in the region of 100,000 units per year in Europe but those estimates fell well short of the reality and within months, an additional shift was added at Nissan’s factory in Sunderland to meet demand.

Nissan had previously said these new vehicles will be manufactured in Europe, but a spokesman at the firm has now confirmed the Wearside plant will get the work.

The new car – the third-generation of the crossover – will not generate any new jobs, but the production of a new version of a successful model undoubtedly delivers a vote of confidence in the plant as well as going some way to support its future.

Chief operating officer Ashwani Gupta visited the Washington site in March to unveil the press line that readies the plant for work on the new Qashqai.