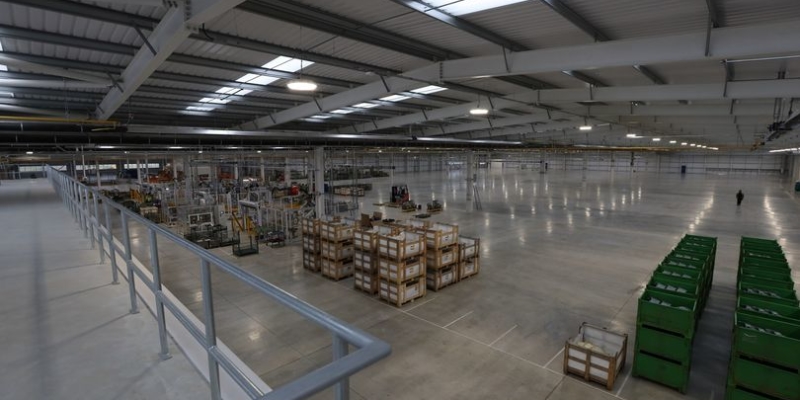 The car parts maker is the first tenant at the new International Advanced Manufacturing Park which aims to help create 7,000 jobs

Automotive manufacturer Snop is creating 150 jobs over the next few weeks after construction was completed on its new North East facility.

The French car parts maker, which has more than 40 plants across the world, is now moving into its new factory at the International Advanced Manufacturing Park (IAMP), a little over a year after Newcastle planning firm Silverstone was appointed as project manager and employer’s agent on the £15m scheme.

Silverstone Building Consultancy project managed the construction of the 194,000 sq ft purpose-built automotive facility in Sunderland, the first unit in the first phase of the IAMP, which will eventually lead to the creation of around 7,000 local jobs.

The Newcastle company beat off international competition to secure the work, having previously project managed the £13m construction of two facilities for car part specialist Gestamp Automotive in Newton Aycliffe.

The building also houses a 3000T metal-stamping transfer press, which was shipped in from Japan through the Port of Sunderland.

David Brander is plant director at Nissan supplier Snop UK, which has now launched the recruitment drive to fill 150 new jobs after moving from its base in Washington onto the park.

He said: “Careful consideration has gone into the future life of the plant and this is evidenced by the as-built foundations, steel frame, services layout, and internal syphonic drainage system, which are already designed to take a later future extension.

“We’ve been fortunate to benefit from Silverstone’s extensive experience and specialist knowledge of the automotive sector, which enabled such a fast turnaround on planning, design and delivery”.

Richard Farrey, the director at Silverstone that managed the project, added: “It has been our pleasure to be involved in this ambitious bespoke project, which saw our experts working together with the client and the full design team to provide the very best attention to detail, and advise on the most cost-effective routes to fully meet their needs.

“The project remained within budget and delivery timescales and we’ve been delighted to hand over the keys to enable SNOP UK to begin manufacture.”

Once complete, IAMP One will provide 1.6m sq ft of advanced manufacturing and industrial space, to be followed by an additional phase of 3m sq ft.