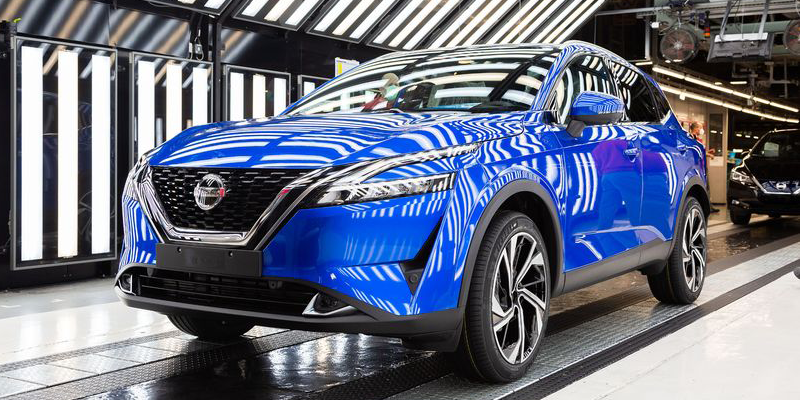 Nissan is recruiting for 300 new roles at its North East factory as it accelerates plans for its electric vehicle revolution.

The Sunderland plant is currently preparing for the production of two new eco-friendly versions of its popular crossover vehicles – the Juke and the new Qashqai. In moves to ramp up its EV36Zero journey, Nissan is creating 300 jobs in a range of areas, including manufacturing, engineering and maintenance.

Nissan pioneered the crossover segment when it launched the Qashqai 15 years ago, triggering production of more than three million vehicles. Now, the Qashqai is set to be equipped with Nissan’s unique e-Power technology, a ground-breaking powertrain.

First online will be a new hybrid version of the compact crossover Juke, which started production at the plant more than 10 years ago. Featuring a new hybrid powertrain, the electrified Juke will deliver responsive driving performance with reduced emissions and fuel consumption.

Following that will be the electrified version of Qashqai, the plant’s most successful ever model.

Michael Jude, HR director, said: “The electrification of Qashqai and Juke is a huge leap forward for our plant, and new recruits will play an important role in delivering these fantastic cars to our customers. Beyond that, anyone joining Nissan will be working towards our bright EV36Zero future.

“There has never been a better time to join our world class team, so I would urge anyone who thinks they have what it takes to have a look at our Careers at Nissan website.”

Nissan announced the EV36Zero project last year amid moves to supercharge Nissan’s drive to carbon neutrality, establishing a new 360-degree solution for zero-emission motoring. It will see the plant build the company’s next-generation EV crossover as well as the development of a new battery gigafactory, built by Nissan’s battery partner AESC Envision.

The plans also include Sunderland City Council’s renewable energy Microgrid, a project to deliver 100 per cent renewable electricity for Nissan and its suppliers.