New innovative battery manufacturing site to be built in Wales 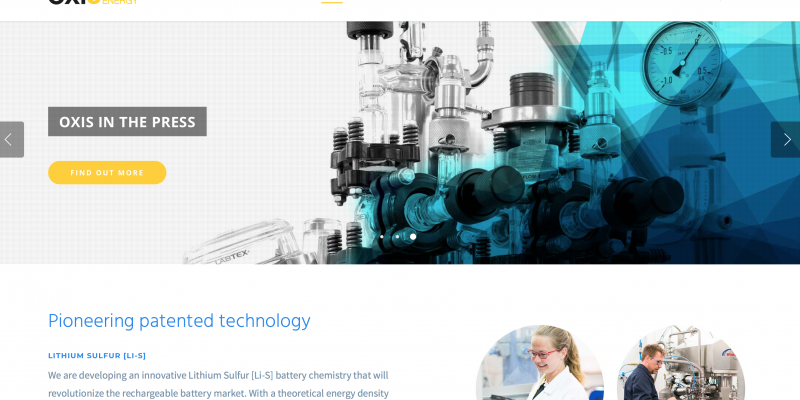 An Oxfordshire-headquartered battery technology company has signed up to build a new manufacturing site in Port Talbot in a move which could create hundreds of new jobs.

The planned new Oxis Energy site at the Kenfig Industrial Estate is thought to be the first ever manufacturing plant for the production of electrolyte and cathode active material specifically for the mass production of lithium sulphur cells.

Oxis has agreed a 15-year lease with United UK Real Estate Investment Industrial Holdings, with backing from the Development Bank of Wales LINK.

The plant will supply the Oxis Energy Brazil Holding’s manufacturing plant, which has been jointly set up between the state government of Minas Gerais and Oxis Energy UK.

The company plans to produce the active material in Port Talbot in order to supply the cell capacity production in millions of battery cell units from 2020 until 2030.

Huw Hampson-Jones, chief executive of Oxis Energy, said: “With support from both the State Government of Minas Gerais and the Welsh Government, including the investment made by the Development Bank of Wales, Oxis is working towards the commercialization of mass production of lithium sulphur cells for electric batteries in order to address our target markets – aviation, marine and buses and trucks.

”We believe this will create even more jobs in Wales. In many cases we shall be creating a highly skilled workforce, and indeed, Wales is the only region in the UK, where it is seeking to promote bilingualism, which is the basis for multilingual skills, an essential requirement for Oxis in its expansion plans for its long-term growth in the export of goods.”