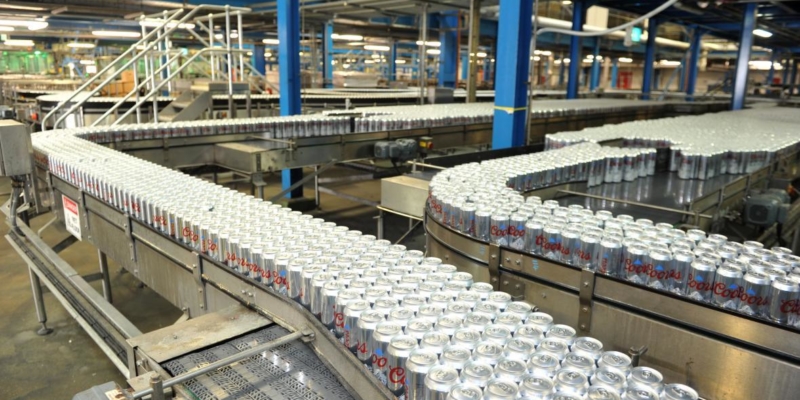 The investment in the new production line follows the success of the category in the US, which saw retail sales of $2.7billion in the 12 months to June last year and means Molson Coors is ready to meet the expected rapid growth in demand for hard seltzers in the UK and Western Europe.

The investment announcement comes after Molson Coors launched a £5 million multi-media and experiential marketing campaign earlier in June to support the launch of Three Fold – the biggest brand investment the company has ever made into a new category.

Phil Whitehead, Managing Director of Molson Coors Beverage Company in Western Europe, said: “The hard seltzer and ready-to-drink (RTD) categories present a huge opportunity for growth. The RTD category is the fastest growing in alcohol globally and, while it is early days, we’re seeing strong indications that hard seltzers will prove as popular in Western Europe as they have in the US.

“This investment will allow us to scale up at speed and help our customers to rapidly respond to that growing demand from consumers in this quickly emerging category.”

Work to install the new hard seltzer canning line will begin in late 2021 and the first cans are due to be produced from the new line in late spring 2022. Molson Coors will also upgrade its beer and cider packaging lines which will significantly improve efficiencies in its operations. This work will also begin later this year and is expected to be complete by early 2022.

“While we’re committed to opening up new opportunities for growth for our customers by responding to changing consumer tastes beyond beer and cider, our heartlands are in beer and the ongoing investment we’re making in our Burton Brewery will help to further drive efficiencies and meet our sustainability goals.

This latest round of investment demonstrates not only our commitment to grow our portfolio but also to our great brewing home and town of Burton. We’re proud to operate our biggest brewery here in Burton and with this investment we are continuing to cement the town’s role as the home of British brewing and a growing drinks industry.”

The ongoing modernisation programme has seen Molson Coors invest more than £100 million in its Burton brewery over the past decade, where the company employs more than 1,000 people. As part of this, the brewery has been self-sufficient in CO2 production since 2018, the equivalent of removing more than 2,300 tonnes of emissions from its operations, is zero-waste to landfill and is now powered with 100% renewable electricity, as are all of Molson Coors’ UK operations.

Work began in 2012 on a £75 million project to redevelop the 34-hectare brewery estate, including the introduction of new brewing technology, to improve the site’s capacity, productivity and sustainability. This was followed by a new £28 million canning line opened by the Prime Minister, David Cameron, in 2014.