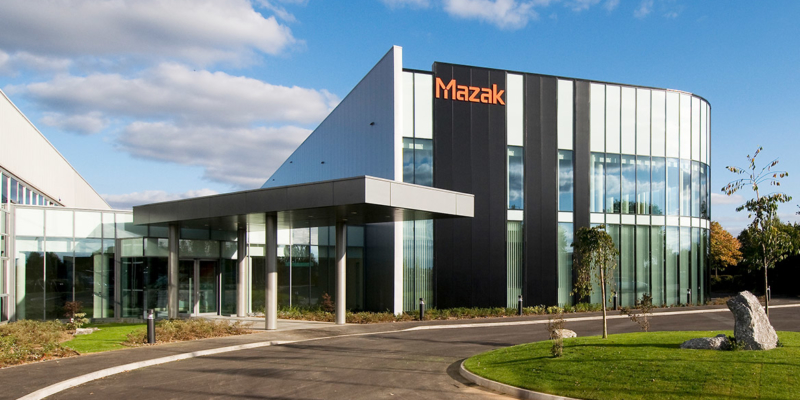 Following a series of major investments at its Worcester-based European Manufacturing Plant, Yamazaki Mazak has begun production of a number of models from its QUICK TURN series of high-performance turning centres.

Mazak’s increased production capacity follows in the wake of a series of strategic investments over the past 24 months at the manufacturer’s flagship European production facility. These include the installation of a state-of-the-art twin-pallet VERSATECH V-140N/280 and FJV-60/80 double-column vertical machining centre in early 2021, along with two INTEGREX i-Series Multi-Tasking cells supported by RoboJob automation systems.

Following the reopening of its European Technology Centre, Mazak has also expanded 22-strong Applications Engineering team, with the addition of two new engineers, and unveiled a new 360° virtual showroom to increase accessibility for customers across the country.

Jason Butler, Sales Director – UK & Eire Sales & Service Division at Yamazaki Mazak, comments: “While the past 18 months have certainly been among the most challenging in living memory for UK manufacturing, Mazak’s strategic investment plan has remained undeterred. We are now seeing the benefits of focused spend throughout our European Manufacturing Plant, which has allowed us to increase the volume of models manufactured here by over a third.

The QUICK TURN 350 series is an incredibly diverse family of machine tools, and closely aligned to the machining needs of both British and European machine tool users. We hope that by manufacturing the series here in the UK, we can increase both production capacity and speed of supply.

Mr Butler concludes: “As society continues on its journey to fully reopening, our European Technology Centre also remains open to both existing customers and prospective machine tool buyers alike. For those unable to travel in person, we have also invested in a virtual ‘digital twin’ of the ETC, which will feature an interactive overview of all machines currently installed. This investment will remain in place for the long-term to give all customers the opportunity to see the latest technology for themselves irrespective of their location.”