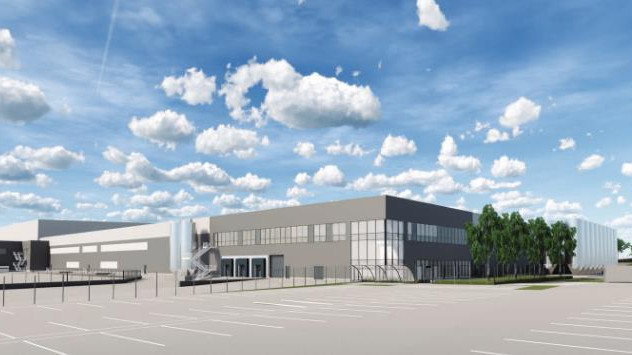 A major water processing, bottling and distribution base which would create more than 160 jobs has been earmarked for a site in Derbyshire.

The proposed building at Dove Valley Park near Foston would have 540,477 sq ft of space and operated by the MEG group of companies, a subsidiary of the Schwarz Group, the German retail group that owns and operates the Lidl and Kaufland brands.

Documents filed with South Derbyshire District Council show that the park and PGFI III are behind the application for the part single, part two-storey building.

If approved, the building would be constructed on the 30-acre plot five.

A total of 163 jobs would also be created as well as 128 car parking spaces and 55 for light goods vehicles.

A statement submitted to the council on behalf of the applicant said: “The proposal for a large scale manufacturing facility for the site at Dove Valley Park is of strategic importance.

“It will bring over 150 jobs to the area and will lead to further benefits within the supply chain.

“Dove Valley Park has been allocated for large scale manufacturing since 1990 and has been retained and protected as such in further iterations of the South Derbyshire District Local Plan.

“The proposal for a bottling factory at the site is supported by an extensive landscaping proposal and landscape and visual impact appraisal, which has influenced the consideration of building height.

“This has been judged based on existing scale and mass of buildings within Dove Valley Park and the wider context including established field boundaries and planting.

“The application is also supported by a number of technical reports previously set out. All of which have judged that the policy compliant development can proceed without giving rise to harm to the immediate and local environment or to residential amenities.”