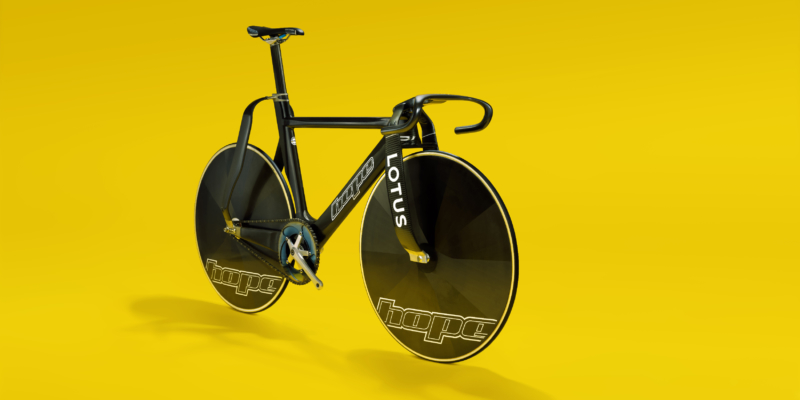 While the Lotus Emira was inevitably the star of the show at last weekend’s Goodwood Festival of Speed, another performance machine was getting plenty of attention.

The Hope / Lotus track bike – developed in part by Lotus Engineering, the consultancy side of the business – was also on the Lotus stand. It has been created to help the Great Britain Cycling Team win medals.

Lotus Engineering has today released a new film about its involvement with the project. Three members of the team explain why the bike’s innovative front-end design makes it so different to anything that’s come before it in the world of track cycling. Striking new images of the Hope / Lotus bike have also been revealed.

One of the three is Richard Hill, chief aerodynamicist at Lotus, who has led development work on the bike’s aerodynamic performance. He commented: “I think the advantage that Lotus brings to bike design is that we’re not bike designers. We’re not engrossed in that industry, so we look at things from a very purist point of view. It’s the way Lotus has always approached every project for any external client.”

The pioneering design is based on optimising the aerodynamics of the bike and rider together rather than independently. The Lotus-developed wider-than-usual position of the forks means they’re directly in front of the rider’s knees, helping air to flow around the rider. The seat stays at the rear of the bike, also wider than on any other track bike, assist with the reattachment of that air to create the best possible profile for the bike and rider combined.

Lotus has also helped to develop two designs of lightweight handlebar, for sprint and pursuit races. Titanium and aluminium, both 3D-printed, as well as carbon fibre, are at the heart of these components. The innovative design and advanced materials make the forks and bars very light, as well as improving stiffness and front-end feel to boost rider confidence.

The bike is a true Lotus in every way – optimised aerodynamics, light weight, advanced materials and exceptional handling, all combining to deliver outstanding performance. Lotus has worked on the project with Hope Technology, which has supplied the bike’s frame and wheels, and engineering partner Renishaw.