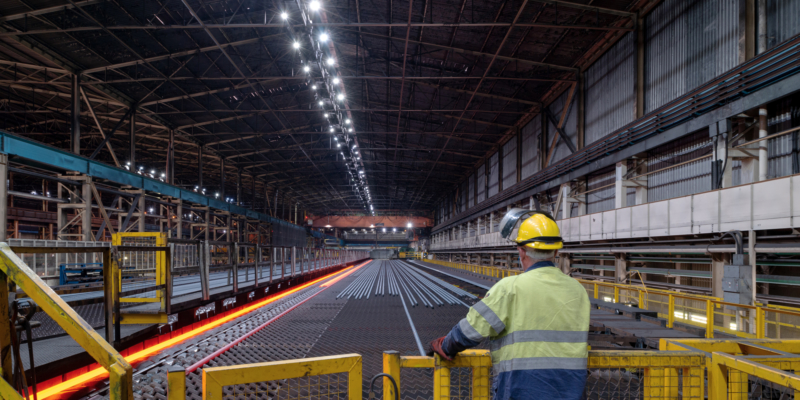 Orders of nearly 10,000 tonnes will be delivered before the end of the year, building on LIBERTY’s strategy to supply GREENSTEEL components to UK construction and infrastructure projects and reduce the UK’s reliance on imported steel.

Rebar is used as a tension device for reinforced concrete structures in major road, rail and construction projects. LIBERTY’s mill has the capability to produce rebar in sizes 25, 32, 40 and 50mm in Grade B500C, with plans to add 20mm to its offering.

LIBERTY Steel is aiming to challenge the UK’s current reliance on imported rebar and target future infrastructure projects. Half of the 1.2 million tonnes of rebar used annually in the UK is sourced from abroad while the HS2 rail project will require nearly one million tonnes of rebar. Upgrades and replacement of existing residential and transport infrastructure will also fuel future demand.

Peter Gate, Commercial Director of Rebar for LIBERTY Steel UK said: “The UK government has pledged to ‘build back better’ from the pandemic and our rebar offering made through LIBERTY’s GREENSTEEL process offers customers the chance to use high-quality steel produced sustainably by a UK business.

“Reducing the UK’s reliance on imported rebar will cut transportation emissions and costs while strengthening the country’s supply chain for major construction projects.

“We have placed particular emphasis on developing the capability to provide 50mm rebar, which will give customers a broader UK market offering in this size and help drive design and cost efficiencies in construction.”

LIBERTY Steel is also pushing ahead with research and development of micro-alloyed steel rebar – not commonplace in the global market – which will have more consistent grain capability that is useful for specific structural applications.

LIBERTY’s Rotherham mill will ramp up production of GreBar over the coming months, with ultimate capacity to reach 300,000 tonnes per annum.

LIBERTY Steel Group employs 1,800 people in the South Yorkshire area, with a focus on producing steel for demanding markets including the oil & gas, aerospace and power generation sectors.