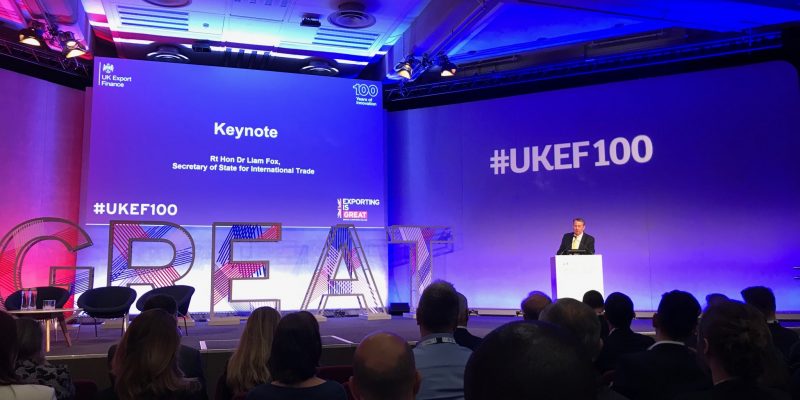 The UK Government is announcing a series of measures designed to unlock a financial boost for Britain’s small and medium-sized businesses (SMEs) in their efforts to increase exports to the world’s emerging market economies.

Among the measures the UK Secretary of State for International Trade is unveiling are; The Small Deal Initiative, which aims to back exporters undertaking the smaller contracts that underpin British trade. Extending financial support to firms in exporters’ supply chains as well as exporters themselves, and The General Export Facility, which instead of covering just costs related to a specific export deal, will cover general costs for exporters.

This is the first time such an extensive financing package has been made available to small businesses exporting to fast-growing emerging markets from the UK.

The anniversary event for UKEF is taking place at London’s Queen Elizabeth II Centre, with Dr Fox using his speech to tell delegates “Recognising that it takes more than one business to deliver an export contract, UKEF has extended eligibility for its support to companies in exporters’ supply chains.”

The comments from Dr Fox will come with a warning about the state of future world trade. He’s warning those attending that the global economy is facing a period of upheaval and economic slowdown but believes these new measures will help international trade in the run-up to Brexit which is scheduled to take place on October 31st 2019.