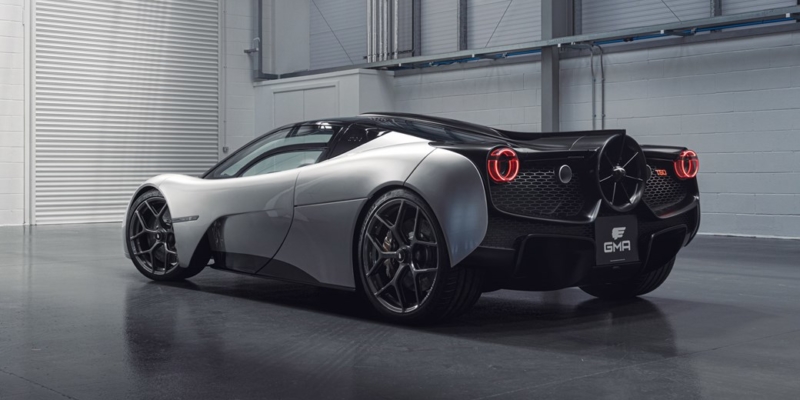 Gordon Murray’s new V12-engined T.50 supercar, the “logical successor” to his seminal McLaren F1 of 1992, has been unveiled at the Surrey factory where manufacturing will start late next year.
The Gordon Murray Automotive T.50, which incorporates moveable aerodynamics inspired by his 1978 Brabham-Alfa Romeo BT46B fan car. The former Brabham designer and McLaren technical director claimed that he and his team were “absolutely spot on” with the styling of the T.50 on the reveal of the car.

“This one, I’m 100 percent happy with,” he said. “For me, proportions and balance in the shape are what it is all about.”

The new car is an ultra-light, mid-engined, carbon fibre three-seater, dubbed the T.50 because it is Murray’s 50th car design in a career spanning more than half a century.

Murray believes the super-lightweight vehicle will be the absolute pinnacle of the petrol-driven car – dubbing it the ‘ultimate analogue supercar’ – as the Government moves to ban their sale from 2035 or even earlier in their drive to make all cars electric.

Given the timescale, he said he expected his T.50 to be “the last and the greatest traditional supercar ever built. This is going to be a great British motor car”. 90% of the components of the supercar are UK-sourced.

The new T.50 is powered by an all-new 3.9-litre Cosworth-GMA twin-cam V12 engine developing 650 horsepower. It’s the highest-revving naturally-aspirated engine to ever go into a supercar the public can buy and use on the road, and the lightest ever V12 unit.

Only 100 exclusive models of Murray’s new three-seater mid-engine T.50s will be built. The supercar will be manufactured by Gordon Murray Automotive at its new, purpose-built factory in Surrey with engineering, design and styling by existing sister company Gordon Murray Design. All major components will be ‘bespoke’ and UK-sourced, including the powertrain, body and chassis.