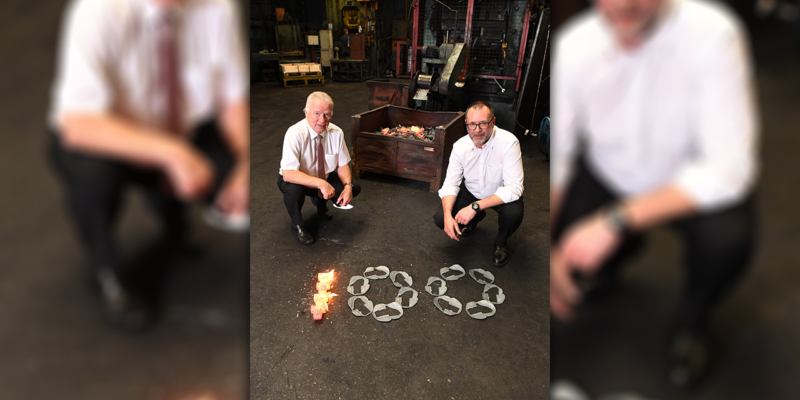 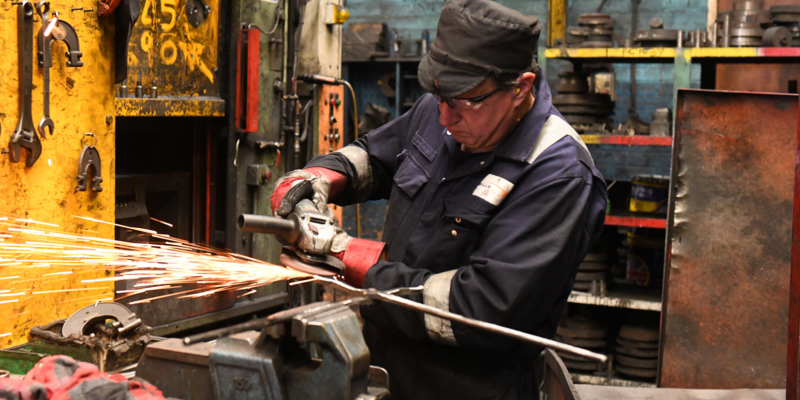 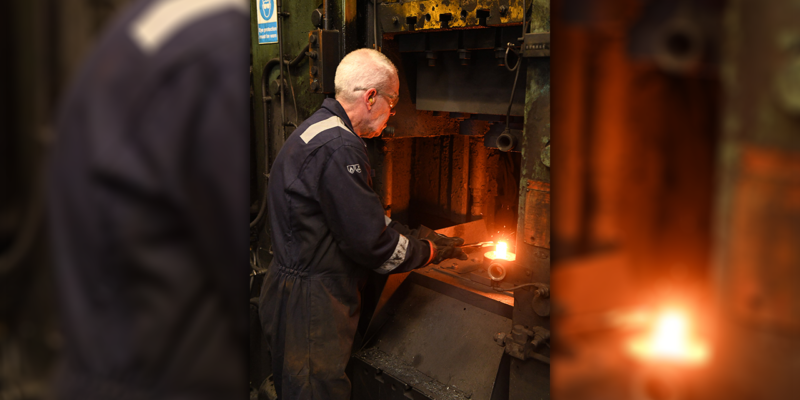 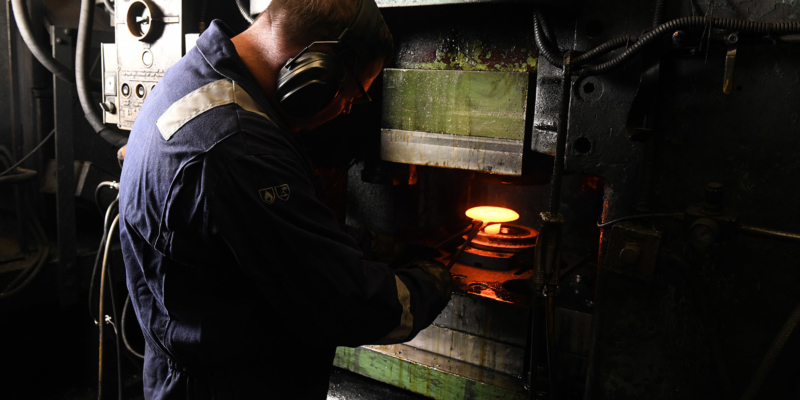 A West Midlands company that helped pave the way for the Channel Tunnel and produces forged parts for use in hip replacements is celebrating its 100th birthday in style.

KimberMills International, which employs 50 people across two sites in the Black Country and Coventry, has enjoyed a £1m boost in its centenary year by securing new contracts in oil and gas, mining, motorsport and rail.

The order haul has taken sales to a record high of £8m, created six new jobs and underlined the company’s decision to invest nearly £1m in a new drop forge at Cradley Heath, additional machining capabilities and a Materials Requirements Planning (MRP) system.

It’s a far cry from when the firm was first started in Coventry in 1919 by Albert Mills, who turned a hobby for Blacksmithing into a fully-fledged business, supplying parts for horse-drawn carriages from his garage on the current site on Charterhouse Road.

“From what was a very local start, we have evolved into a global manufacturer of high-quality forgings and finished machined parts, servicing clients across four continents,” explained Chairman Larry Joyce, who bought the company with John Simmons in 1993.

“Despite our international reach, we have stayed true to our roots of being customer focused and taking on complex projects that some of our rivals will simply not touch.”

He continued: “This is how we believe Albert grew the business in the early days and we saw no reason to change. We have, however, looked to diversify our offering and a constant commitment to investment and innovation has seen us become a trusted supplier of pipe clamps to petrochemical, engine parts for motorsport, cutting tools to help build the Channel Tunnel and even components for NASA.

“It hasn’t been easy and we have had to withstand a number of domestic and global recessions, the volatility of the automotive sector and changes in the manufacturing process. We’re looking forward to celebrating the 100 years with our staff, but this is just the start – here’s to the next century!”

Albert Mills was in charge of Mills Forgings until 1956 when he passed away, leaving his daughter in charge of the forge. She maintained the running of the company until 1969 when Mr Mills’ grandson Tony Ward took over the reins.

This was a major milestone in the history of the business and saw it secure big contracts with British Coal and Land Rover, a change that required investment in the development of an efficient forge that became one of the first in the UK to bring in induction heaters instead of gas-fired furnaces.

Tony decided to retire in 1993, with a new management team of Larry Joyce and John Simmons taking over, two experienced industrialists who had a track record for delivering ambitious projects.

Over the following 26 years, the company has embarked on a major expansion plan that has seen significant organic growth and a number of acquisitions completed with Kimber Drop Forgings, Taront and ABG Mineral all now falling under the KimberMills International banner.

Roger Simmons, Managing Director of Mills Forgings and the son of former owner John, continued: “Quality…that’s our unique selling point. We have the best forging technology, the best people and, thanks to recent investment, CAD systems and simulation software that allow us to get involved earlier in the design process.

“This helps our customers save time and money in development costs and ensures they receive a component that will suit often diverse applications. Where we have seen this work especially well is in our international business, which now sees 50% of our volumes exported to America, Australia, Canada, the Middle East and the EU.”

KimberMills is part of the Manufacturing Assembly Network, an eight-strong group of sub-contract manufacturers and an engineering design agency who work together to win orders and share best practice and resource.