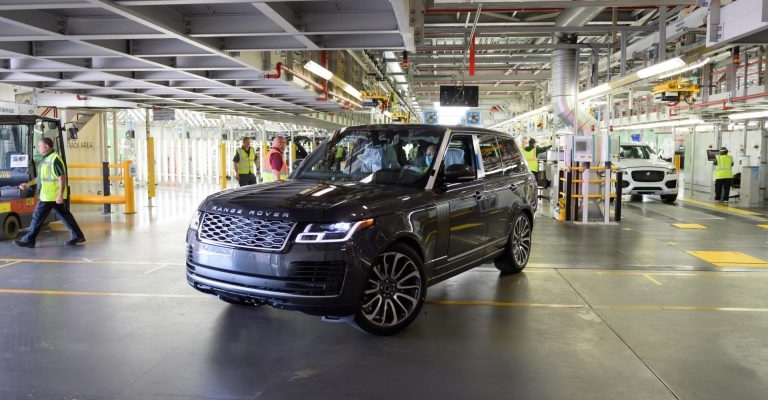 Fiscal Q3 retail sales were 128,469 vehicles, up 13.1% on Q2 but still 9% lower than pre-Covid levels a year ago. Sales in China were up 20% on the prior quarter and up 19.1% year-on-year. Most other regions were also up on the preceding quarter while down from the prior-year third quarter. Sales of the new Land Rover Defender grew to 16,286 units, a 66.0% increase on the prior quarter.

Profit before tax (PBT) was £439 million (after £37 million of exceptional charges), up £374 million from Q2 and £121 million from a year ago. The significant improvement reflects revenue of £6 billion, up £1.6 billion from Q2 while still lower than pre-Covid levels a year ago, with favourable sales mix, cost performance and partial reversal of prior-period reserves for emissions and residual values. EBIT margin improved to 6.7% (+400bps year-on-year).

Profit and cash improvements from the Project Charge+ transformation programme in the quarter were £0.4 billion, including £0.2 billion of cost and £0.2 billion of investment efficiencies. Savings year-to-date total £2.2 billion, and the company is well on track to deliver the £2.5 billion target for the full year ending 31 March 2021.

Free cash flow in the third quarter was £562 million, primarily reflecting the strong PBT and favourable working capital after £675 million of investment spending. Cash and short-term investments increased to £4.5 billion, including $1.35 billion of five- and seven-year bonds issued in the quarter. Total liquidity was £6.4 billion including a £1.9 billion undrawn revolving credit facility.

We are pleased to report these strong profits and record third-quarter cash flows. It reflects our focus on prioritising profitable sales and delivering cost and cash improvements. While sales have not yet fully recovered to pre-Covid levels in most markets, it was pleasing to see China sales up year-on-year for the second quarter in a row and sales of the new Defender continuing to grow.

Jaguar Land Rover was encouraged by the Brexit trade deal agreed in December between the UK and the European Union. This has avoided the risk of tariffs on automotive parts and finished vehicles, although there will still be increased customs administration requirements.

The carmaker also welcomed the approval of effective Covid-19 vaccines with the promise of an eventual end to the pandemic. While current infection rates and associated restrictions are a challenge, all of the company’s plants and the majority of retailers are open. In markets where showrooms are closed by restrictions, in the UK in particular, sales are generally able to continue through remote solutions such as a ‘click and deliver’ basis.

In this environment, Jaguar Land Rover continues to expect a gradual improvement in sales supported by new and refreshed vehicles incorporating the latest technologies. Recent new products include the short wheelbase Land Rover Defender 90 and the Range Rover Velar, Land Rover Discovery, Jaguar F-PACE, E-PACE and XF. Furthermore, electrification has now been extended to 12 of the 13 Jaguar Land Rover models, including 8 with PHEV, 11 with MHEV, and the all-electric Jaguar I-PACE BEV.