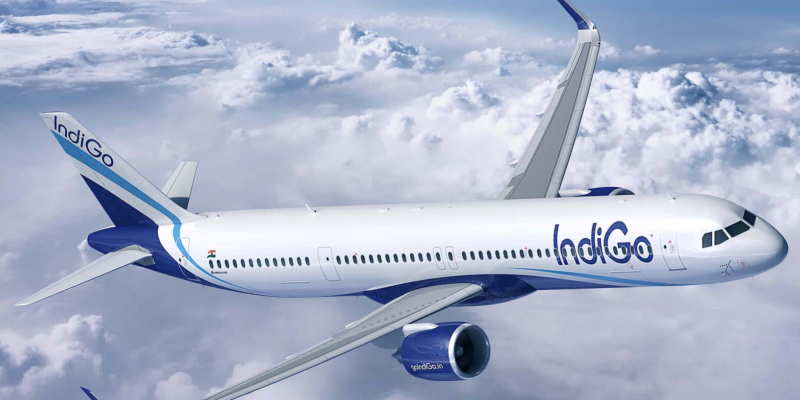 Low-cost carrier IndiGo has placed a firm order for 300 Airbus A320neo family aircraft. With a mix of A320neo, A321neo and A321XLR, the order is one of the largest ever made by an individual airline.

Airbus themselves confirmed that he deal has been signed and sealed. In total, IndiGo has signed a firm order for 300 A320neo family aircraft, making it one of Airbus’ largest ever orders with a single airline.

The order contains a mix of A320neos, A321neos and, as expected, some A321XLR aircraft. This takes the total number of Airbus aircraft on order from the carrier to a staggering 730, all from the A320neo family.

“This order is an important milestone, as it reiterates our mission of strengthening air connectivity in India, which will in turn boost economic growth and mobility. India is expected to continue with its strong aviation growth and we are well on our way to build the world’s best air transportation system, to serve more customers and deliver on our promise of providing low fares and a courteous, hassle free experience to them.”

IndiGo is already an all Airbus operator, with a fleet of more than 200 of the A320 family in operation It prides itself on operating one of the youngest fleets in the skies, with an average fleet age of just 5.7 years.

IndiGo had its first A320neo aircraft delivered in March 2016. It signaled a step change for the airline in upgrading from its fleet of slightly older A320ceo aircraft. Since then, the airline has placed orders for 372 of the family, including an order in 2015 for a total of 250 A320neos. At the time, this was the single biggest order that Airbus had received from an airline.

Today’s order surpasses this figure quite comfortably and cements IndiGo’s position as one of Airbus’ most valuable customers. Today, the airline is flying 97 A320neo aircraft – the world’s largest fleet of the type – alongside its 128 A320ceos. It’s importance to Airbus was highlighted earlier this month when it received the 1,000th A320neo from the European manufacturer.

The addition of the A321XLR to the fleet is an interesting development. IndiGo has not been quiet about its ambitions to become a long haul operator, with plans in place to launch London services soon, and expansion into the Middle East ongoing. The A321XLR has a huge range, and even in an all-economy full capacity configuration could allow IndiGo to reach most of Europe, all of Asia and the west of Africa.

Not without its problems

IndiGo’s commitment to the Airbus line of products comes despite the airline’s somewhat difficult times over the past few months. The A320neo, in particular, has been the source of some dissatisfaction, with Pratt & Whitney engine issues causing the airline to dump the supplier in favor of CFM for future power plants.

Even then, the P&W issues continue to cause a headache for the airline, with the DGCA just yesterday ordering it to replace the engines on all aircraft over 3,000 flight hours. IndiGo has been given just 15 days to replace at least one of the P&W 1100 engines with a modified version, otherwise face the grounding of an estimated 16 of its fleet.

Delays with Airbus production have also caused some problems for the airline. An expected 3-6 month delay in receiving its A321neos is thought to be responsible for the airline putting some of its expansion plans on hold.

Nevertheless, today’s massive order is a clear vote of confidence in the European manufacturer, and will undoubtedly be cause for celebration in Toulouse. Riyaz Peermohamed, Chief Aircraft Acquisition and Financing Officer of IndiGo commented in the press release,

“We are pleased to partner yet again with Airbus for our next batch of Airbus A320neo Family aircraft. The fuel-efficient A320neo family aircraft will allow IndiGo to maintain its strong focus on lowering operating costs and delivering fuel efficiency with high standards of reliability. The choice of engine manufacturer for this order will be made at a later date.”