How to Prevent and Treat Rust 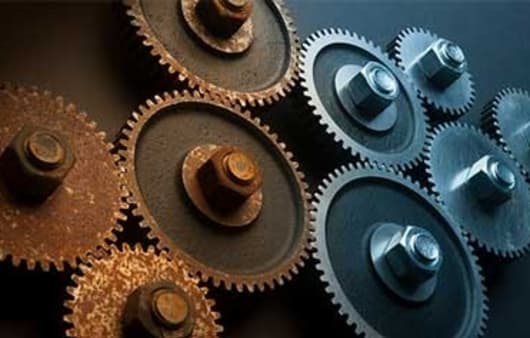 What is rust and what causes it?

The unsightly orange-brown discolouration of rust forms when iron, water and oxygen collide. The cost of rust can be extortionate, particularly if a sizeable construction such as a building or bridge is affected. It can also impact on our personal possessions including vehicles, bicycles, tools and domestic applications. The corrosion process expands the metal which in-turn places greater strain on the structure and weakens it over time. The rust will continually chip away at each layer of the metal until it has completely rusted and exposed. If no preventative measures are put into place prior to this stage, you will face an uphill battle attempting to restore your equipment back to pristine condition.

The most common explanation for rusting is if the metal comes into contact with water or is situated in a damp environment. The liquid rapidly begins dissolving into microscopic gaps and this is a catalyst for instigating corrosion. Saltwater will accelerate the rusting process further because electrons move much more fluidly than they do in natural water. Therefore, simple habits such as wiping your bike after a ride and keeping your tools stored away in a dry place will stave off rust. Car protection companies also sell products such as spray-on wax and oil coatings which will provide your paintwork with an additional layer of defence.

“Stainless steel and weathering steel seem to be the most common type of way to prevent rust”, say Dore Metals Bristol. Also known as “COR-TEN” steel, weathering steel contains up to 21% of alloying elements with the alloys that generate from this forming a protective rust patina that decreases the corrosion intensity.

On the other hand, stainless steel is made up of 11% chromium which shields the metal from corroding. Generally, the higher the chromium content, the less likely the steel will rust. Corrosion resistance can be further enhanced with the addition of nickel.

How else can I Prevent Rust?

There are many other treatments and methods you can employ to prevent and treat rust. Here are three measures you can take to thwart the threat of corrosion.

This is essentially where a substance called metallic zinc is added as an extra layer on the exterior of the metal. It forms a barrier to stop oxygen and water reaching the metal underneath. If rusting does begin to materialise, the zinc absorbs the rust in the outside coating. The most familiar technique is hot-dip galvanizing, in which the parts are submerged in a bath of molten zinc.

This two-part application involves putting a high-quality paint primer on the metal which assists the paint with sticking, preventing the formation of roust and keeping the metal a safe distance away from moisture. Ideally, your paint will contain zinc additives that provide an extra measure of protection against future rust. There are also other excellent moisture defence mechanisms that can foil the threat of corrosion. Here at ROCOL, we supply exceptional corrosion protection for expensive tool holders, fixtures and bright metal components whilst in storage.

Ultimately, the most effective way to treat corrosion is to stop it from occurring in the first place. Using harsh chemicals and power tools can make quick work of heavy rust, but it is vital you implement regular maintenance checks to guarantee corrosion isn’t setting in.

Catching it early means it can often be removed through a sharp thin blade or warm water combined with soap solution. If you are required to carry out either of these two actions, be sure to apply a rust-impervious product to the surface as this will keep your time in the future treating corrosion to a minimum. 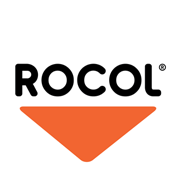