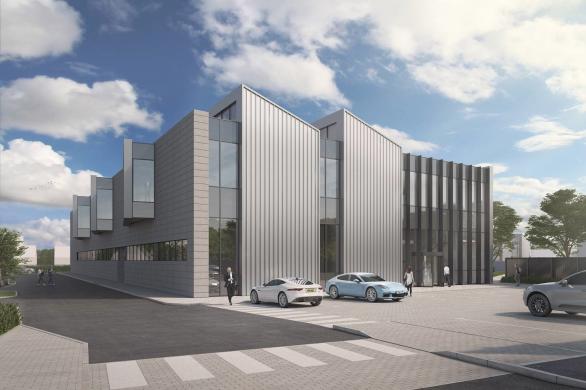 The high-tech company plans to knock down the former retail store, which closed in May last year, in July to make way for its new facility.

Melksham and Bradford on Avon have a rich automotive history and we plan to continue this into the future.

“The local area has excellent transport links and a suitably trained employee base that fits our requirements.

“It is a significant investment for us and we believe it will also have a positive impact on the local economy, as it will bring additional skilled technical jobs into Melksham.”

AB Dynamics supplies integrated test systems to 25 of the leading manufacturers in the global automotive industry.

The company exports 98 per cent of its manufacturing around the world and has grown from 40 employees in 2012 to over 190 today.

The company last year opened a new £9 million headquarters in Middleton Drive, Bradford on Avon, and has four other satellite sites.

It plans to build a new engineering design centre in Bradford on Avon that will open in the summer of 2020 in addition to the new Melksham manufacturing centre.

The company has already gained approval from Wiltshire Council to demolish the old Countrywide Farmers store.

It is now applying to build the new manufacturing centre, which it hopes will become operational by early 2021.

The company said: “The planning process is under way. A considerable amount of work is required to bring the site up to the standard we aspire to.”

Some of the company’s staff will relocate to the new facility once it is built but AB Dynamics expects to recruit more technicians and engineers to work there.

For over 30 years AB Dynamics have been supplying testing technology and know-how to the world’s automotive industry.

Formed by Anthony Best in 1982 the company has grown to become a world leader in the supply of robots for the development of driverless vehicles.

Under the leadership of its chief executive Dr James Routh, the company became AB Dynamics Plc in 2013.