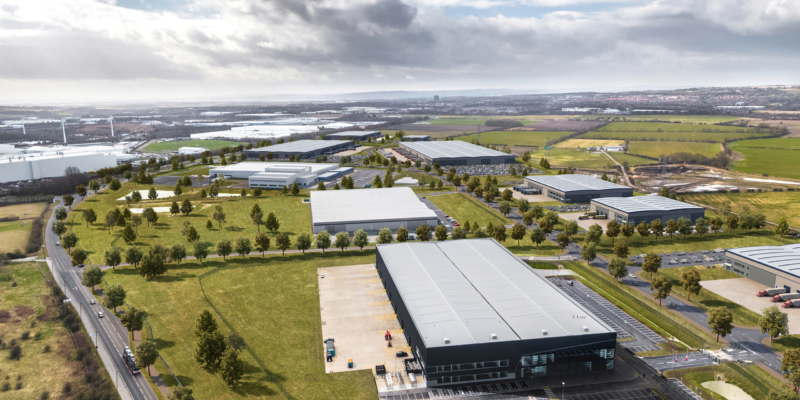 Property developer HBD has been given the go-ahead for the expansion of the International Advanced Manufacturing Park (IAMP), securing planning permission for a further 11 acres, which could see the delivery of a single manufacturing facility of up to 1m sq. ft.

The IAMP provides a bespoke, world-class environment for advanced manufacturing and engineering businesses across a range of industries.

One of the largest live schemes in the country, the IAMP spans 370-acres and is expected to create more than 7,000 new jobs over the next 10-15 years. The project is a joint venture between Sunderland City Council and South Tyneside Council, with HBD appointed as development partner.

The additional 1,000,000 sq. ft. is available immediately on a design and build basis.

Over a third of the available space within IAMP One has already been built out. French headquartered SNOP moved into its 194,000 sq. ft. purpose-built facility last year, along with Faltec, which relocated to a new 131,000 sq. ft. building at IAMP.

The 126,279 sq. ft. Centre of Excellence for Sustainable Advanced Manufacturing (CESAM), completed in March this year, before being transformed temporarily into an NHS Nightingale Hospital.

The second phase of the scheme (IAMP Two) could provide up to an additional 2.3m sq. ft.

Tom Wheldon, Director and Head of Region at HBD, said: “The new planning consent and additional land at IAMP provides occupiers with more flexibility for bespoke facilities. Having a 1m sq. ft. ‘spade ready’ site with infrastructure already in place – including over 45MVA power – differentiates the IAMP and illustrates why the scheme was designated nationally and internationally significant.

“We know that innovation isn’t in short supply – the industry has huge potential for growth and IAMP exists to support that, providing the facilities and ecosystem to put that innovation into practice and accelerate growth strategies. The North East benefits from an excellent skills base, which hasn’t gone unnoticed and is evident in the enquiries we’re receiving from both UK and international businesses.”

Cllr Iain Malcolm, Leader of South Tyneside Council, said: “This is another significant milestone in bringing forward the IAMP site. IAMP is generating interest from a number of manufacturing sectors and this additional land offers further scope to companies looking at the park as a potential investment location.

“We, alongside our partners at Sunderland City Council, continue to maximise the economic opportunities to bring much-needed investment and jobs to the region through IAMP.”

Sunderland City Council leader, Councillor Graeme Miller, said: “IAMP is a location with vast potential, that has so much to offer to engineering and advanced manufacturing businesses, and we’re delighted that this planning permission will pave the way for further expansion of the site – something we are sure the market will respond to.”

The IAMP has been designated a ‘Nationally Significant Infrastructure Project’ by the UK Government, which has pledged £42m through the North East LEP towards infrastructure including new roads, bridges and environmental enhancements to support the development.