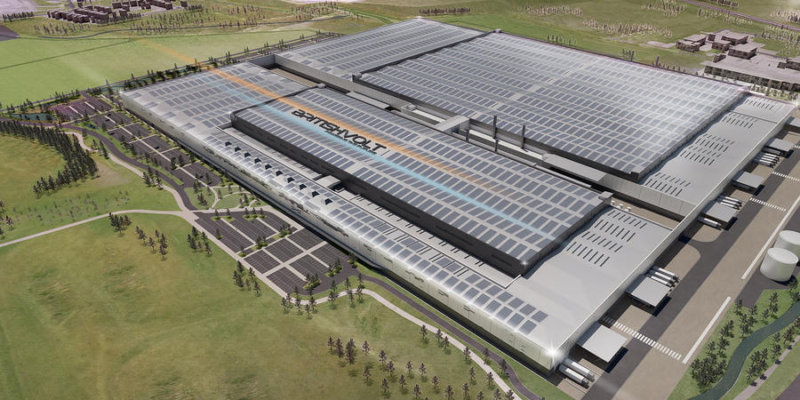 Britishvolt, the UK’s foremost investor in lithium-ion battery cell technologies and associated R&D, is thrilled to announce that it has been granted planning permission to construct its first full-scale lithium-ion Gigaplant facility in Northumberland.

The news represents a major milestone for the company on its quest to assist vehicle OEMs on their roadmap to electrification.

This is a huge win, not only for Britishvolt, but also the people of Northumberland. The Gigaplant will bring with it much need employment, totally regenerating the area. Britishvolt has a strong social values agenda, as well as a world-class Environmental, Social and Governance framework. At our very heart is doing the right thing. This project is the right thing for UK plc, and its people, on the roadmap to a low carbon, sustainable future.

The development is a major boon for the area, and indeed the country, and will bring around 3,000 direct highly-skilled jobs and another 5,000+ in the associated supply chains.

The project is closely aligned with the country’s “levelling up” agenda and will also help ambitious climate targets on the roadmap to a net zero society.

“This is a truly monumental moment for the UK, as we move towards a low carbon society. We are clearly at a tipping point on the roadmap to electrification, and the UK government has signaled that it wants UK plc at the vanguard of the next industrial revolution. This is the starting gun for hugely ambitious plans to put the UK at the very heart of the energy transition.”

Approval of the plans for Gigaplant in Northumberland have been described as a ‘game changer’ by the county council.

“It’s fantastic news – not just for the local area, but the wider county and the whole region. It’s the biggest investment in living memory.

“We’ve a long and proud history of industry in this part of Northumberland and a factory and investment of this size will put this area firmly on the map once again for generations to come.

“Here in Northumberland we’re at the forefront of the offshore renewable energy industry and this is a massive boost. The decision by Britishvolt to choose Northumberland demonstrates just what this county has to offer in terms of its location, its facilities, an ambitious Council, and more importantly, its workforce.

This will not only provide a huge economic upturn, it means 3,000 jobs onsite and thousands more in the supply chain.

Britishvolt is on target to manufacture some of the world’s most sustainable, low carbon battery cells on the site of the former Blyth Power Station coal stocking yard located in Cambois, Northumberland.

The project will be built in three phases each of 10GWh to a total capacity of 30GWh by end-2027 onwards.

Once at full capacity, the Gigaplant will have a production capability equating to approximately enough cells for around 300,000 electric vehicle battery packs per year, intended primarily for the automotive industry.

It will be the first Gigaplant in the UK – with a production capacity more than three times that of other recently announced schemes, all of which are only at early stages of design and planning.