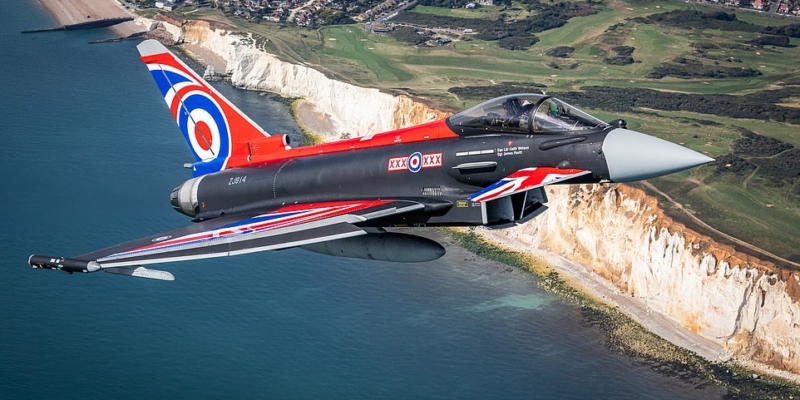 Its been a great week for the UK’s aerospace sector with the return of the internationally renowned Farnborough Airshow and a host of positive news stories, including::

▪️  Boeing and the UK government announced plans to extend their successful long-term partnership, first unveiled at the 2016 Farnborough Airshow, which has seen the aerospace manufacturer increase the number of British employees to 3,000 and open a new factory in Sheffield – its first in Europe – as part of a £300m investment in infrastructure across the UK over the last six years.

▪️ UltraFan® demonstrator, the largest jet engine in the world, is nearing completion at Rolls-Royce’s Derby site. The engine will be tested at the aerospace manufacturer’s new £90m Testbed 80 facility later this year.

▪️ Leonardo Helicopters in Somerset was awarded a £60 million contract by the MoD to design and develop Proteus – an unmanned flying demonstrator.

▪️ Typhoon jets are to be fitted with the world’s most advanced radar as part of a £2.35 billion investment programme which will sustain more than 1.300 British jobs at BAE Systems, Leonardo, II–VI and Meggitt.

▪️ Reaction Engines, the RAF, Rolls-Royce and other project partners are set to establish the UK as world leader in reusable hypersonic air systems and enhance British defence capabilities with the launch of a new Hypersonic Air Vehicle Experimental (HVX) Programme.

▪️ Designed and developed in the UK, Team Tempest’s new flying combat air demonstrator to is set to fly within five years. The Team Tempest Future Combat Air System programme, comprising BAE, Rolls-Royce, MBDA, Leonardo and the MoD, is set to contribute £26.2bn to the UK’s economy and support 21,000 British jobs a year.

▪️ Airbus revealed that it had assembled the first of three fully composite wing demonstrators as part of its ‘Wing of Tomorrow’ programme taking place at Airbus’ UK sites in Filton and Broughton.

▪️ Lockheed Martin announced a collaboration with Northumbria University to support the development of skills, research and technology.  The American-owned firm is set to build a new research, development and satellite manufacturing facility in the region which is expected to create 2,300 jobs.