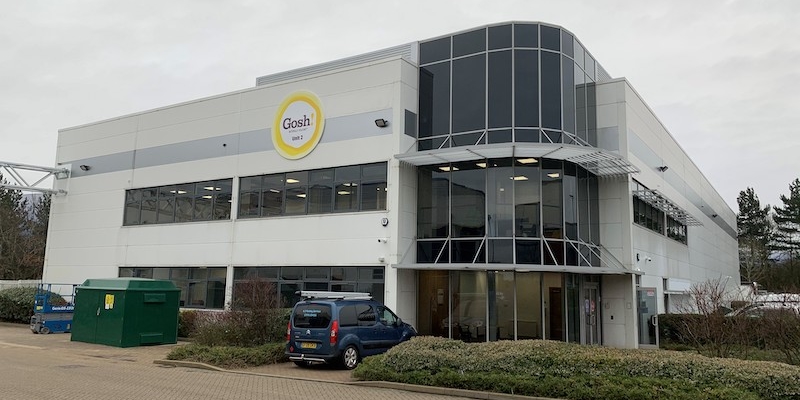 A UK-based food manufacture has made a £5million investment in their second manufacturing facility. Gosh! has announced the new 17,000 square foot site, which will be in Milton Keynes Buckinghamshire and will produce its core range of vegan products.

The new Gosh! facility which took five months to create will lead to 15 new jobs and help the company meet growing production needs which will include new products. It will also be allergen-free like the primary facility.

Gosh! revealed the reason behind doing so is to not only keep up with the growing demand for plant-based products. but also be able to expand its range and move into new categories of vegan foods.

The investment which was first announced in July 2020 is built upon strong year on year growth and now boasts major supermarkets as the companies stockists.

With the new investment, Gosh! will continue to be a vegan to produce vegan all products will be plant-based, made from only natural ingredients and the site it has energy saving LED lighting throughout, a gas free hot water supply and the machinery has the highest energy efficiency ratings available. Like the current site, zero waste will go to landfill and food waste will be used to produce renewable energy.