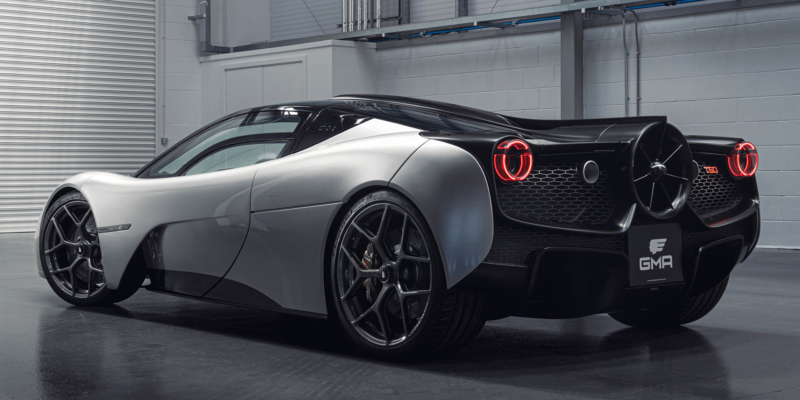 The Gordon Murray Group has announced plans to significantly expand its operations to create further global success and a commitment to invest £300 million over the next five years.

An exciting roadmap for future expansion of the Gordon Murray Group, has been announced today and masterminded by company Founder and Chairman, Professor Gordon Murray. It is underpinned by the philosophy of creating long term growth through increased research and development, the introduction of a new division, investment in Gordon Murray Design, bolstering the leadership team and talent across the business, plus cementing the ethos, core competencies and ongoing product portfolio of Gordon Murray Automotive.

There is set to be renewed and sharper focus on designing and engineering future electric vehicles and the ambitious expansion includes significant investment in Gordon Murray Design. The globally leading design and engineering business is already in the early phases of creating a revolutionary, lightweight, ultra-efficient electric vehicle architecture for future urban passenger vehicles and delivery vans.

Professor Gordon Murray, Chairman Gordon Murray Group: “While recently the global spotlight has been on Gordon Murray Automotive and the T.50 models there has been extensive progress and developments made within the wider Group. Today we are taking this to a new level announcing new investments, a strengthening of our leadership team, enhanced R&D, a new Division and a reaffirmation of our philosophy. Core competencies that differentiate us and set us apart in the industry as we build the Group to meet the challenges of the future.

“The Gordon Murray Group has a clear mission: pushing automotive and technology boundaries to be the best there is. These new developments are dedicated to pursuing this ambitious agenda. We are building a philosophy and enhancing a team for increased growth and future success, staying true to our vision.

“The automotive future will be increasingly electrified and it’s essential that we design the world’s lightest, most efficient and advanced EVs. This significant investment in Gordon Murray Design and the formation of Gordon Murray Electronics will be realising that goal. Advanced work is already underway and we will be sharing more news on our exciting all-electric platform soon.”

The Gordon Murray Group is announcing a series of new appointments to strengthen its leadership team, including Phillip Lee as a Director, Group Chief Financial Officer and CEO of Gordon Murray Automotive. Prior to joining GMG, Phillip was CFO at Group Lotus plc and has been Finance and IT Director at LEVC and has extensive experience in growing automotive businesses internationally. In addition, John McLaren, Chairman of Rouse, is joining the Gordon Murray Group board as a Non-Executive Director and Jean-Philippe Launberg has been appointed as Strategy and Business Director of Gordon Murray Design.

Philip Lee, Group Chief Financial Officer: “It’s an honour to be joining the Gordon Murray Group at this pivotal moment in the company’s journey. With such significant investment behind the ambitions of the Group, there is real impetus to expand and play an even bigger role in the global automotive industry. I am looking forward to playing a role in the company’s future success.”

The T.50 supercar development remains on track and Gordon Murray Automotive is now conducting prototype testing. Production will start in 2022 at a new facility in Dunsfold, Surrey, UK with the first customer cars being delivered early in the year, being overseen by newly appointed Head of Global Sales, Henry Winkworth-Smith.

Future Gordon Murray Automotive vehicles are also now in development, and all will stay true to the ethos and exclusivity shown by the T.50.

Professor Gordon Murray: “The T.50 supercar clearly shows the path that we will take for future Gordon Murray Automotive products. All future models will be strictly designed to deliver these principles as part of our mission to be the world’s most exclusive automotive brand.

“The T.50 will be significant in other ways. Much of our learning about advanced lightweight materials and construction from the T.50 will play a key role in the electric vehicles that we develop. But we are not abandoning internal combustion power. We will continue to create the pinnacle of driver’s cars – with V12 petrol power as long as the regulations allow and in future we will develop our own hybrid and electric powertrains.”

The Gordon Murray Group is set to move its global headquarters to a new site in Windlesham, Surrey, UK where a new technology campus, Heritage and Customer Centre, and bespoke design and engineering facilities are being created. Construction will commence in July 2021 and the first facilities will be ready in 2022, with the entire project completed in 2024.