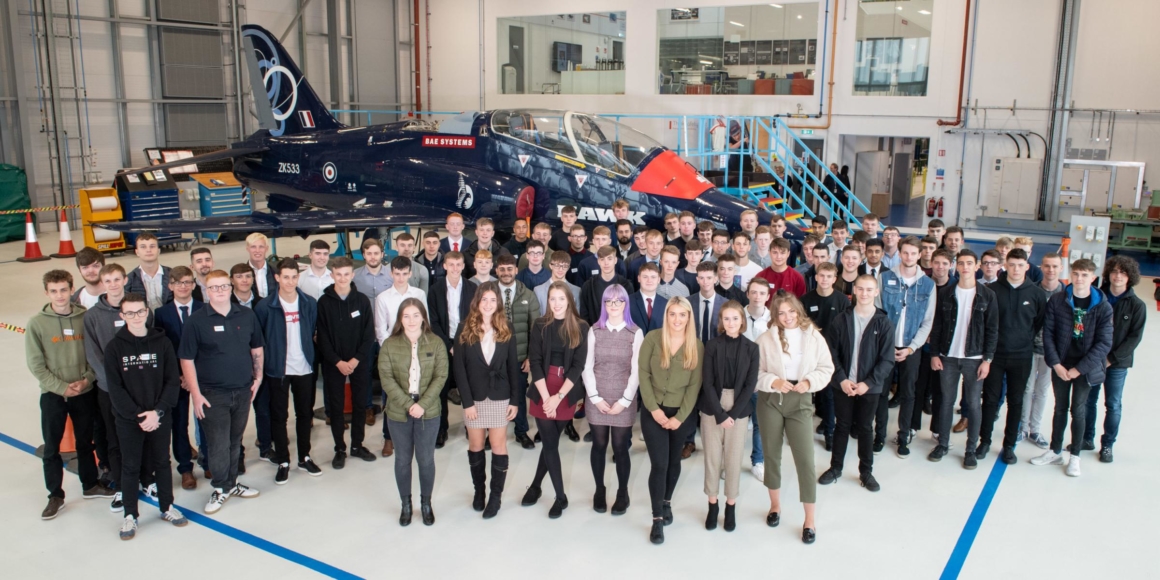 Young people have set their aerospace careers on the runway as nearly 250 apprentices have started in BAE Systems’ Air business in the North.

And the company said it had recruited double the number of new starters it took on 12 months previously.

The youngsters will now begin roles at its sites in Warton and Samlesbury, and at its Aircraft Maintenance Academy at Humberside Airport, Lincolnshire.

They include apprentices studying higher and degree level apprenticeships in a range of schemes including software and aerospace engineering, technical and craft production and vital support roles including finance and project management.

During their careers, many apprentices will be working on programmes including Typhoon and the F-35 Lightning II, which make up the frontline of the Royal Air Force’s fleet.

Many will also work on technologies which will become part of the next generation of combat aircraft.

One of those future projects was on display at BAE’s Warton site as the backdrop to as conference on the future of engineering and inspiring the next generation of workers.

Dave Holmes, Manufacturing Director for Air, spoke about how vital engineering is to society because many of the systems and technologies we experience every day are born from engineering principles, and we need to ensure its importance is recognised, particularly as a career prospect.

Andrew Kennedy, Campaigns Director, BAE Systems talked about how our involvement in the Tempest Future Concept programme would bring engineering to life and put learning into practice for those next generation of engineers who could be part of a once in a lifetime opportunity.

The event concluded with a chance for employees to take photos in front of the full scale Tempest concept model as a backdrop of what that future of engineering might look like.