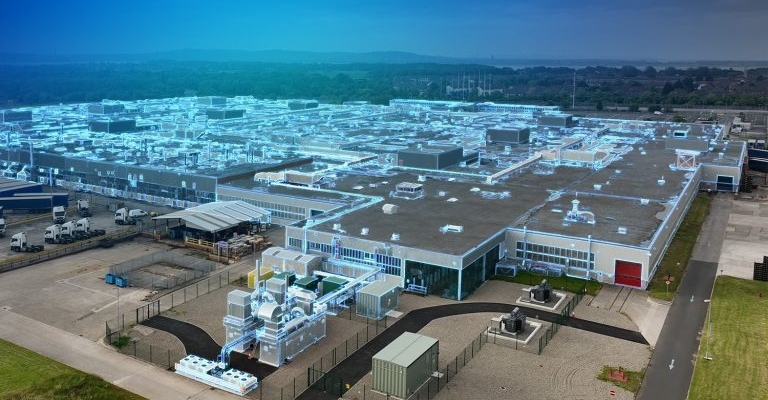 Building on its commitment to grow an all-electric vehicle range, Ford has invested a further £125 million in its Halewood Plant, on Merseyside – increasing capacity by 70 per cent – plus £24 million in the supporting E:PRiME product development centre.

The latest investment – which includes government support from UK Export Finance, through their Export Development Guarantee – will help safeguard the 500 high-value Ford jobs at Halewood and upskill them for Ford’s EV future.

Kieran Cahill, Ford’s European Industrial Operations vice-president, said:  “Ford is a global American brand, woven into the fabric of Europe for more than 100 years and a major employer here at Halewood for almost 60 years.

“Our vision in Europe is to build a thriving business, by extending leadership in commercial vehicles and through the electrification of our car range.  Halewood is playing a critical part as our first in-house investment in EV component manufacturing in Europe.”

Last year’s news that the plant, which currently produces transmissions for internal combustion engine vehicles, had won assembly of Ford electric vehicles’ power units brought an initial backing of £230 million to deliver 250,000 units a year from 2024.  This was supported by BEIS’ Automotive Transformation Fund, which aims to electrify Britain’s automotive supply chain and protect its competitiveness in the global market.

Ford’s £24 million E:PRiME centre, at Ford’s Dunton product development HQ, is building prototypes of the electric power unit and training Halewood employees in its machining and assembly, assisted by the Advanced Propulsion Centre. The power unit, comprising edrive motor and gearbox, replaces the engine and transmission of a conventional engine vehicle by propelling an EV using battery energy.

Tim Slatter, chairman of Ford UK, said: “This is an all-important next step for Ford towards having nine EVs on sale within two years. Our UK workforce is playing a major role in Ford’s all-electric future, demonstrated by Halewood’s pivot to a new zero-emission powertrain, and E:PRiME’s innovation at Dunton in finalising the production processes.”

Halewood’s new power unit capacity, today raised from 250,000 to 420,000 a year – itself an increase of almost 70 per cent – also means that 70 per cent of the 600,000 EVs, which Ford will sell in Europe a year by 2026, will be powered by the Halewood-produced technology. Ford’s EV push in Europe supports the acceleration of the company’s global plan for two million annual production of EVs in the same 2026-time frame.

Apprentices and engineers embedded in the electric power unit development project have been part based at E:PRiME in Essex, test building the power unit and implementing new skills and knowledge at Halewood as part of its transformation.

Halewood’s selection marked Ford’s first in-house investment in all-electric vehicle component manufacturing in Europe. Halewood’s transition to electric component production is integral to Ford in Europe building a thriving and profitable business, centred on the electrification of its vehicle portfolio towards entirely zero-emission cars and vans by 2035.