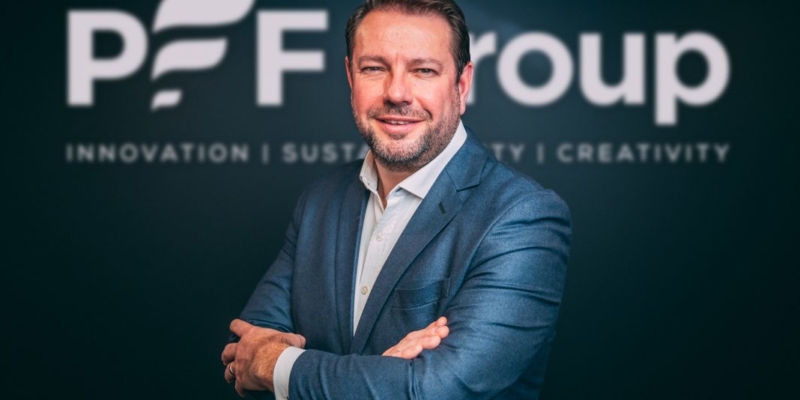 The investment follows PFF’s appointment by the Department for Health and Social Care (DHSC) to manufacture 360 million disposable polythene aprons to meet the increased demand for PPE for frontline NHS staff and social care workers. The contract was awarded after a robust due diligence process.

The ground-breaking, smart engineering machines are being installed at PFF’s manufacturing facility at Washington, Tyne and Wear, where the firm has employed 100 new staff, for the duration of the contract, as it ramps up 24-hour production at the site. The firm is also investing in four folding machines from Europe to fold the polythene before it is fed into the apron manufacturing machine.

Kenton Robbins, group managing director of PFF Group said: “We worked closely with DHSC on due diligence ahead of our appointment as part of the Government’s ‘UK-Make’ initiative to source PPE from Britain. Demand for PPE has soared globally, with 210 million plastic aprons needed every week in the NHS alone.

“In just six months, in the midst of a pandemic and while continuing to support the UK’s food retail sector through the production and supply of food packaging, we worked in collaboration with the Hanbury-Autogil experts, to set up a new capability and capacity to manufacture disposable aprons. We have been able to design and build, two innovative, all-British machines that are the fastest and most reliable in the world, enabling us to significantly increase production.

We are delighted to be able to use our specialist sector knowledge and in-house expertise to ensure the UK’s need for PPE can be met during and beyond the pandemic, as well as creating job opportunities across our two sites in the current challenging climate.

Robert Hanbury, Managing Director at UK machine builder Hanbury-Autogil is very proud to be part of this project. He said “PFF approached Hanbury-Autogil with a challenge, we established that the business was seeking apron manufacturing machines that had a quicker output than the industry-standard versions that they were using. The team at Hanbury-Autogil showed an incredible work ethic that led to the design of a machine that is clearly the fastest PPE apron machine in the world. We look forward to collaborating with PFF on future projects.”