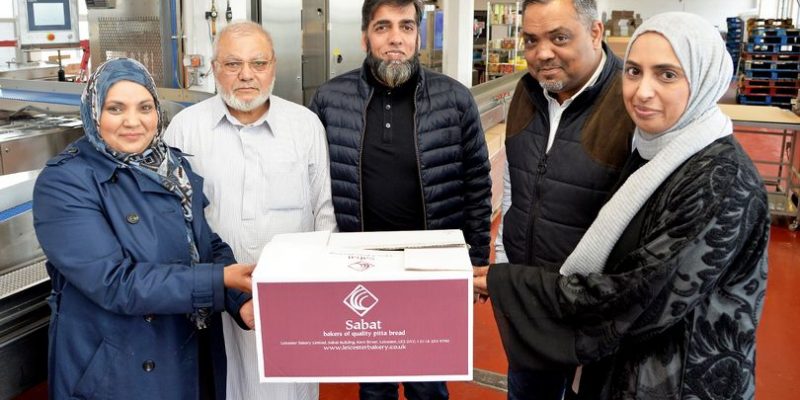 A Leicester business which makes traditional naan breads and wraps, chapattis, pitta breads and other types of flatbread is planning to take on 25 more staff at a new factory.

Leicester Bakery, which already employs 45 people at its factory in Kent Street, Leicester, is opening the new plant on land opposite the Leicester Food Park, in the north of the city.

The family-owned business is investing around £8 million in the new factory which will help its plans to triple in size in the next five years.

The owners hope to get the keys for the 30,000 sq ft building in the next few weeks before spending around £2 million installing new machinery and other production equipment.

It will have two production lines and will help meet the demand for its products from supermarket chains.

The new factory will also have five units attached – covering 26,500 sq ft – which will be rented out.

Mohamed Sabat created the business in the 1980s after spotting a gap in the market for authentic pittas.

Over the years it has diversified into other products and now supplies takeaways and shops including M&S, Asda and Sainsbury’s.

It also exports its products to European countries including Spain, Malta, Germany, Norway and France.

“This investment will lead to increased productivity, meeting needs of various clientele and allowing us to introduce new products to the market.”

Shoiab’s wife Ashma Sabat, who is the firm’s development manager, said they bought the land for the new site from Leicester City Council after outgrowing their existing premises, which the business will continue to operate with the same number of staff.

Currently, the bakery operates around the clock, five days a week.

She said: “We do everything from hand made naans to mini pittas and wholemeal pittas, and different flavours such as garlic and coriander.

“Now we want to go into new products such as gluten-free and low-carb.

“We are just waiting for the constructor to hand over the keys, then we need to do the fit-out which will take three or four months.

“We hope to be up and running by the end of the year if not earlier and will start advertising for staff in the summer.”

The five speculative industrial units will be held as investments and will be suitable for established food businesses or ones that would like to start up and grow.

Reg Pollock, a partner at APB property consultants in Leicester, is marketing the units.

He said: “Hamilton is a popular industrial estate due to its strategic location on the east side of Leicester and proximity to the Outer Ring Road.

“These units are of an ideal size and spec for a variety of SME businesses.

“There is a strong and continued demand for industrial space throughout Leicestershire and we have already received a high level of interest for these units.

“The location and the specification make them ideal for food-based occupiers and grow on space for the Leicester Food Park.”