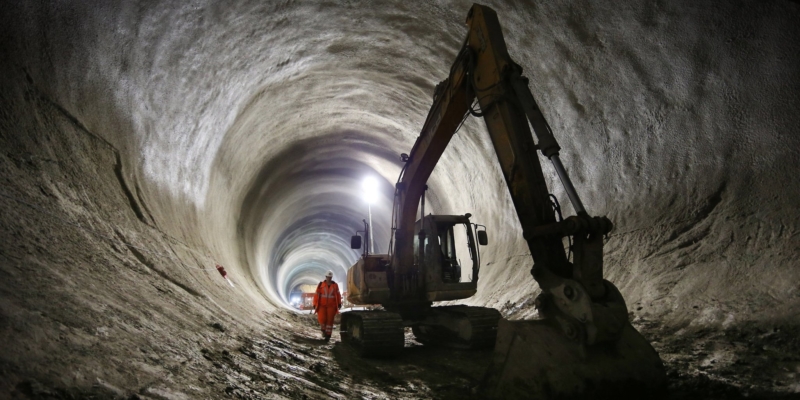 Work Continues On The Crossrail Railway Project...LONDON, ENGLAND - DECEMBER 08: A worker walks past a digger in the partially completed Crossrail rail tunnel that will become Bond Street station on December 8, 2014 in London, England. Crossrail is Europes biggest infrastructure project. A total of 26 miles of train tunnels are being built beneath the streets of the capital by eight tunnelling machines. When complete in 2018, ten new stations in central and southeast London will increase the capitals rail capacity by 10 per cent and bring an extra 1.5 million people to within 45 minutes of central London. (Photo by Peter Macdiarmid/Getty Images)

A US-based engineering solutions company announced plans to create 2,400 UK jobs at the opening of its new European headquarters in London.

Jacobs, who already employs more than 9,000 people in the country, said his expansion was an indication of his confidence in the British economy.

This investment is an indication of our continued confidence in the UK economy and its long-term infrastructure plans.

The company said the functions offered would be spread across its 30 existing offices and would contain significant opportunities for young graduates and apprentices.

Jacobs specialises in producing solutions for complex challenges, from digital connectivity to things like environmental cleanup.

Their work in the UK has included project program management for the London 2012 Olympics venues.

Its current contracts include support for the Thames Tideway scheme – the country’s largest water infrastructure project – aimed at clearing the Thames stretch of London.

Earlier this year, Jacobs announced an agreement to buy John Wood Group’s nuclear business and a 50% stake in the social value measurement and welfare company Simetrica.

The company said its new “progressive” European HQ, which houses 1,000 workers at the Cottons Center, near the London Bridge, was essential to its growth strategy in Europe and the Middle East.

Bob Pragada continued; “Our people are helping to address some of the UK’s most complex challenges for improving the future by delivering projects to protect the environment and improve UK security, connectivity, resilience and productivity.”