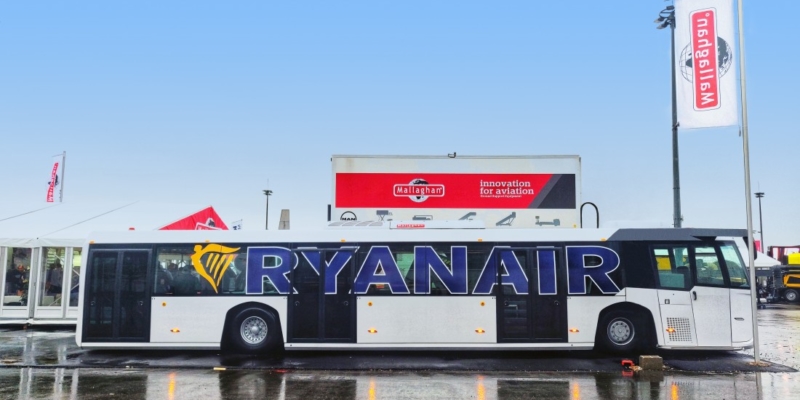 Dungannon firm Mallaghan Engineering is set to create 60 new jobs after they announced a multi-million-pound contract to build a fleet of airport buses for Ryanair.

It follows the launch of the “Mallaghan 50W” which is the largest capacity airport bus in the world, carrying up to 125 passengers.

Ryanair has initially ordered a 32-strong fleet, which will be delivered in the next 12 months, with the keys to the first vehicle handed over recently at the Inter Airport Europe trade show in Munich.

Mallaghan Engineering is one of the world’s leading manufacturers of airport ground support equipment, employing over 450 staff at its manufacturing sites in Dungannon and Georgia, Atlanta in the USA and five other global offices.